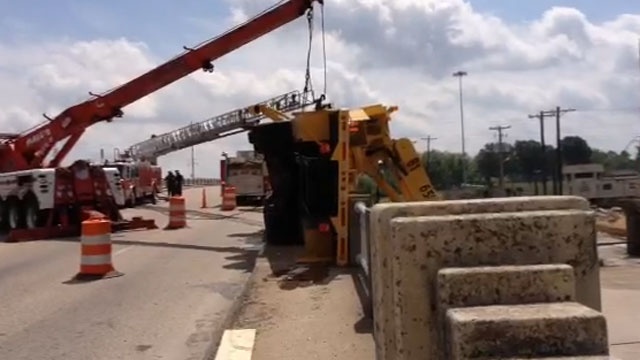 JACKSON, Miss. â€”A construction worker was injured Monday when a crane toppled over.

The accident happened about 9:30 a.m. on the Woodrow Wilson Bridge, near Bailey Avenue.

When the crane fell over, it pinned the operator between it and the bridge, witnesses said. The crane was left hanging over the side of the bridge.

Traffic was blocked off on either side of the bridge to allow crews to remove the crane, which was no easy task. Crews had to reattach cables to get the crane upright.

Anderson Crane and Bridge Technologies was performing an inspection of the bridge when the accident happened, officials said. The company, which is out of Georgia, is a subcontractor working for Neel Schaffer Company.

Anderson CEO Pat Dandridge said the worker suffered some minor injuries — perhaps a fractured pelvis — but is expected to recover and could be released from the hospital as early as Tuesday.

Dandridge said the accident is under investigation.

“It has counter weights and has the hydraulic ability to go up under the bridge to carry inspectors up under there,” said Willie Huff, of MDOT Enforcement. “I am sure there will be a pretty in-depth investigation into what happened under there.”

Dandridge said he believes the accident was a result of operator error. 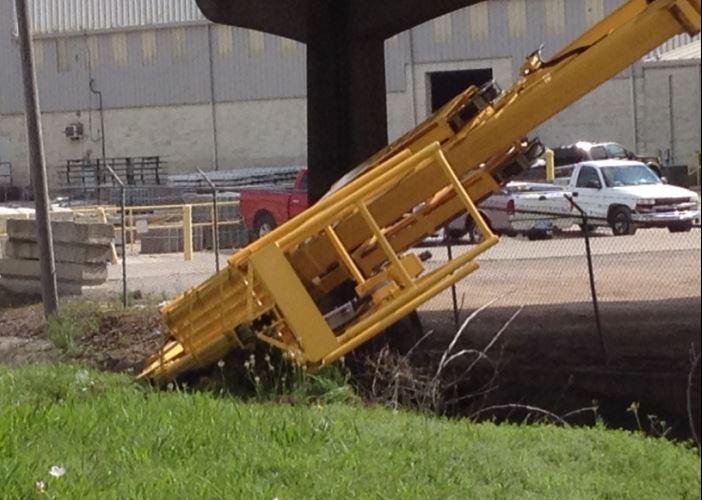 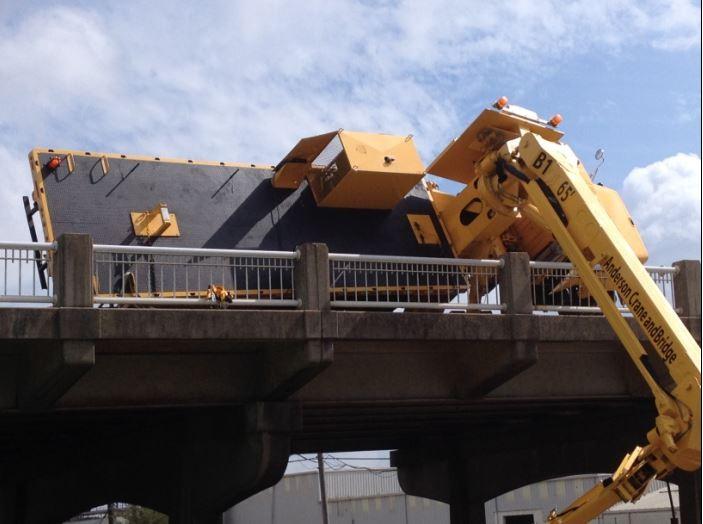 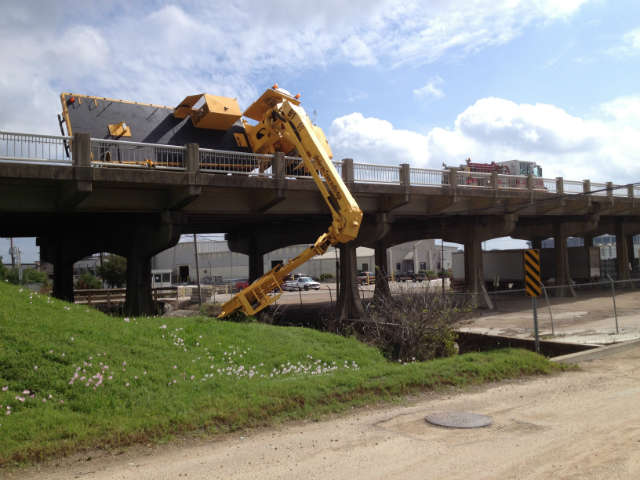