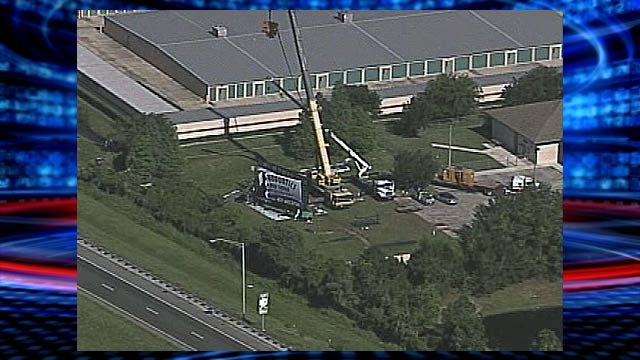 ORLANDO, Fla. (WOFL FOX 35 ORLANDO) -A construction worker has died from injuries he suffered after falling over 35 feet at a billboard construction site.

The victim, identified as 29-year-old Keith Bramblett, fell while working to install the billboard just off of Lake Underhill Road in Orlando.Â  He was transported to an area hospital where he later died.

“It was really scary,” said Benjamin Poole, who works close by and saw the worker fall from a cage that was attached to a crane.Â  “Heard a very short, but loud, scream and immediately turned and saw a limb or head or foot or something.Â  Basically, the cage that the gentleman was standing in was rocking violently. You could tell he wasn’t in it anymore.”

Crews were in the process of installing an electronic billboard.Â  According to Orange County sheriff’s deputies, a large pole which the billboard rests on shifted and hit the cage.

“The cage was shaking so violently, that it came off of the hook that the crane was attached to, so the cage fell and had nothing left. We then ran around the side. Luckily, there’s a fire station across the street,” Poole said.Â  “They had already arrived and were doing chest compression’s and CPR and what not.”

The cause of the accident is still under investigation. Crews were still clearing the scene early Wednesday evening.

“It was disturbing. Thoughts and prayers for him and his family. It’s something you can’t get out of your mind. It’s burned in there.”

The Occupational Safety and Health Administration has been notified of the incident, authorities say. 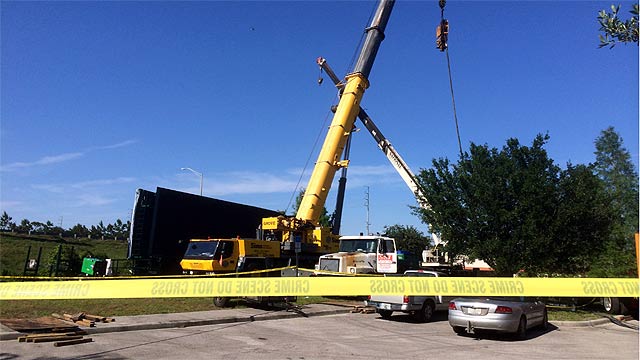 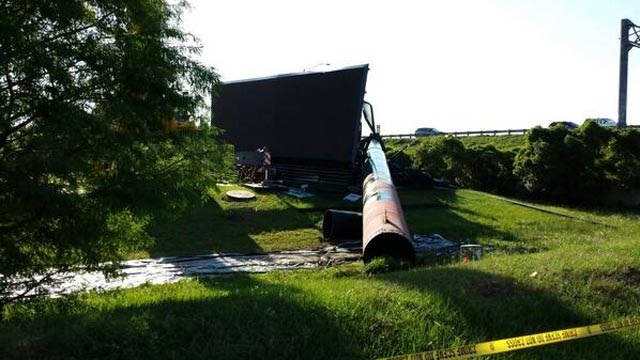 The 164ft-high eatery, where diners are SUSPENDED from a crane.