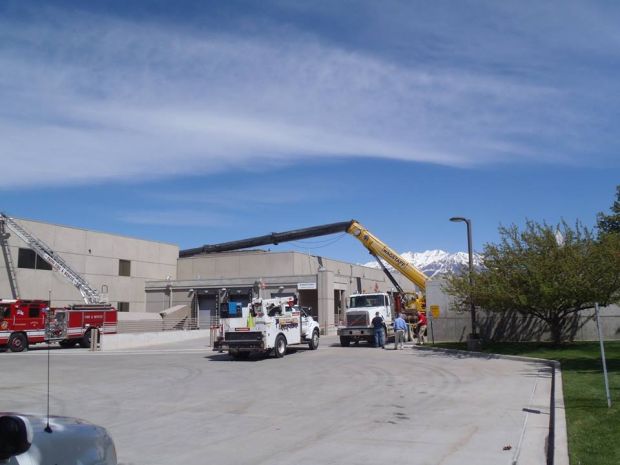 An office building in Provo sustained damage Tuesday after a crane collapsed.

The Provo Fire Department responded at 11:27 a.m. after receiving reports of a crane collapse and a possible ruptured natural gas line.

The crane, Â fell at 70 E. 1700 South while transporting a rooftop air conditioning unit onto the roof. It tilted off of the jacks and fell onto the building. After making contact with the building, one section of the boom broke, causing the rest of the boom to fail.

The building is occupied by six private businesses, but no injuries were reported. The building was evacuated as a precaution and Questar responded to shut off natural gas to the building, though no leaking gas was found.

A crane collapsed and damaged a building in Provo Tuesday. Photo Courtesy of the Provo Fire Department.