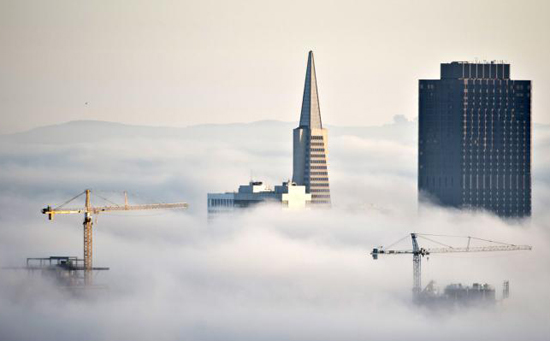 Construction cranes join the Transamerica Pyramid and 555 California Street (R) jutting through the fog at sunrise in San Francisco on October 20, 2013. San Francisco is seeing a boom in new housing and commercial construction alter the skyline.. UPI/Terry Schmitt 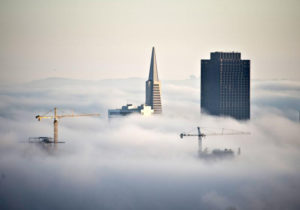