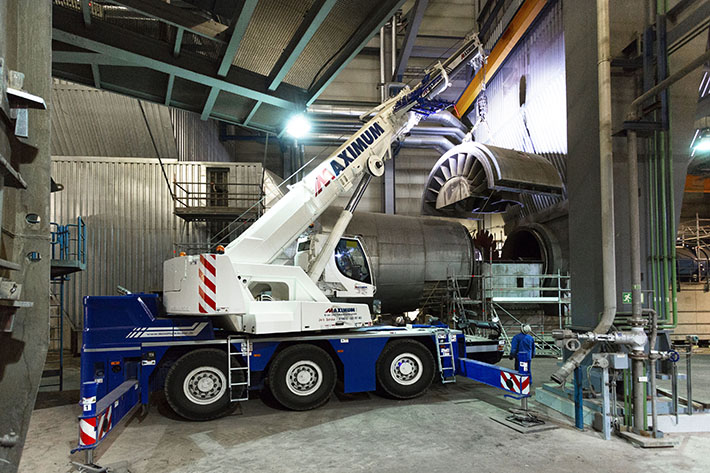 A modern Liebherr compact crane was used to carry out maintenance work at a power plant in Saxony. The Liebherr LTC 1050-3.1 proved to be the ideal choice of hoisting equipment to install a forced draught fan in very constricted conditions with a limited room height. 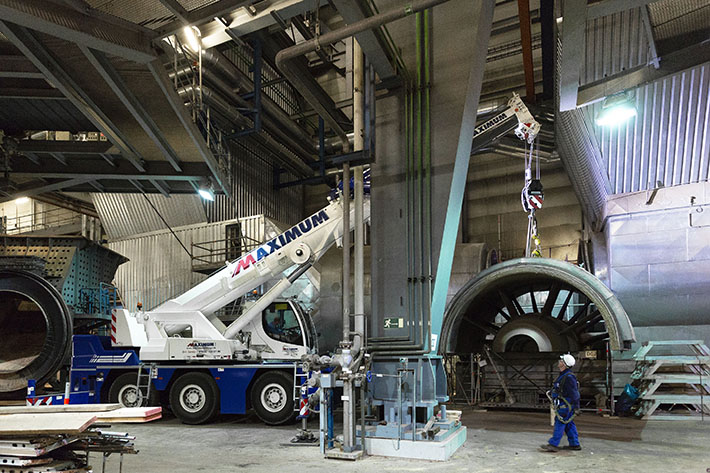 A large forced draught fan had to be dismantled in a very constricted space at a power plant in eastern Germany and then reassembled after its blades had been refurbished. The Böhlen branch of Maximum Kran- und Schwerlastlogistik GmbH sent a Liebherr LTC 1050-3.1 compact crane to the site to take care of the job. The compact crane took care of this tricky assembly job, which was made significantly more difficult by the constricted set-up space, limited pulley head height and a massive steel pillar, with ease, as if it had been designed precisely for it. 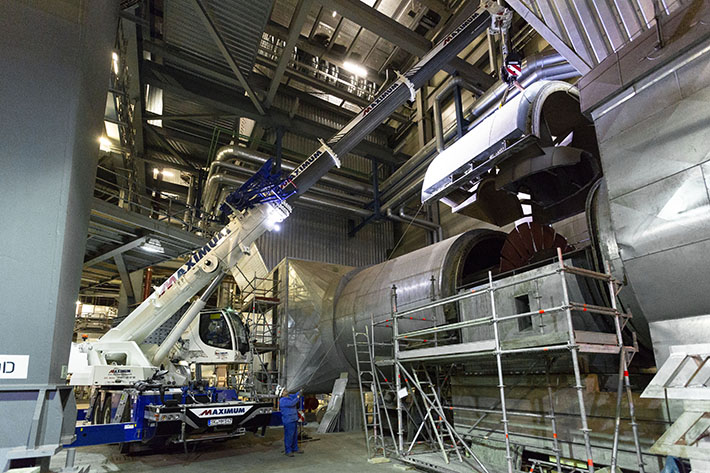 No space – surrounded by pillars and system parts, the compact crane demonstrates just how compact it can be at the power plant.

The main factor behind the success of the removal and installation of the fan hood was that the powerful three-axle crane was able to telescope with a six-tonne load on its hook. In fact, the large component initially had to be manoeuvred carefully between the system parts and a pillar by retracting the telescopic boom. Crane driver Roland Reim also had to ensure that the pulley head did not come into contact with a steel girder at a height of six metres. The boom was then extended further to around eleven metres to install the hood, which weighed in at one tonne. Only then was the component positioned over the forced draught fan so that it could be lowered and installed. 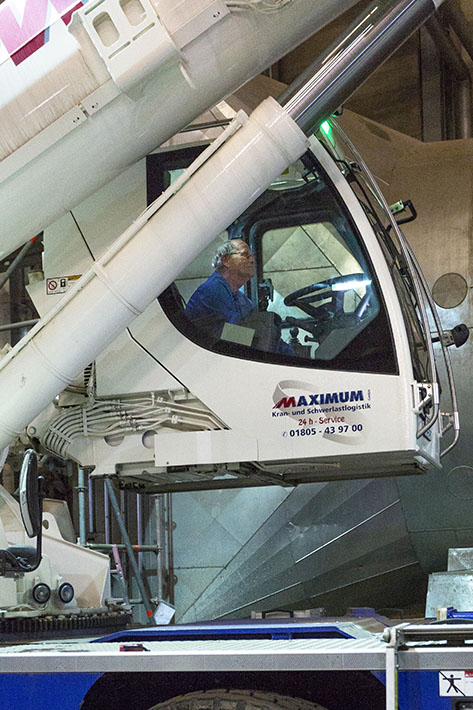 Crane driver Roland Reim was extremely satisfied with his modern tool. As a result of its various steering programs, it was easy for him to manoeuvre his crane through the power plant systems to the installation site. But it was not just the extraordinary manoeuvrability in constricted conditions and the technical features of the mobile crane which stood out. “The crane’s handling on the road is also fantastic”, says Reim in praise of his LTC 1050-3.1.

Roland Reim is one of around 420 employees of the group of companies made up of Maximum, Maxikraft, Kranlogistik Sachsen and Kranlogistik Lausitz, with a total of 21 branches. The crane and heavy haulage logistics supplier, whose head office is at Züllsdorf in Brandenburg, runs around 180 cranes with around 90 percent of them supplied by Liebherr. The most powerful crane in this extensive fleet, a crawler crane with a lifting capacity of 1000 tonnes, was also supplied by the Liebherr plant in Ehingen.