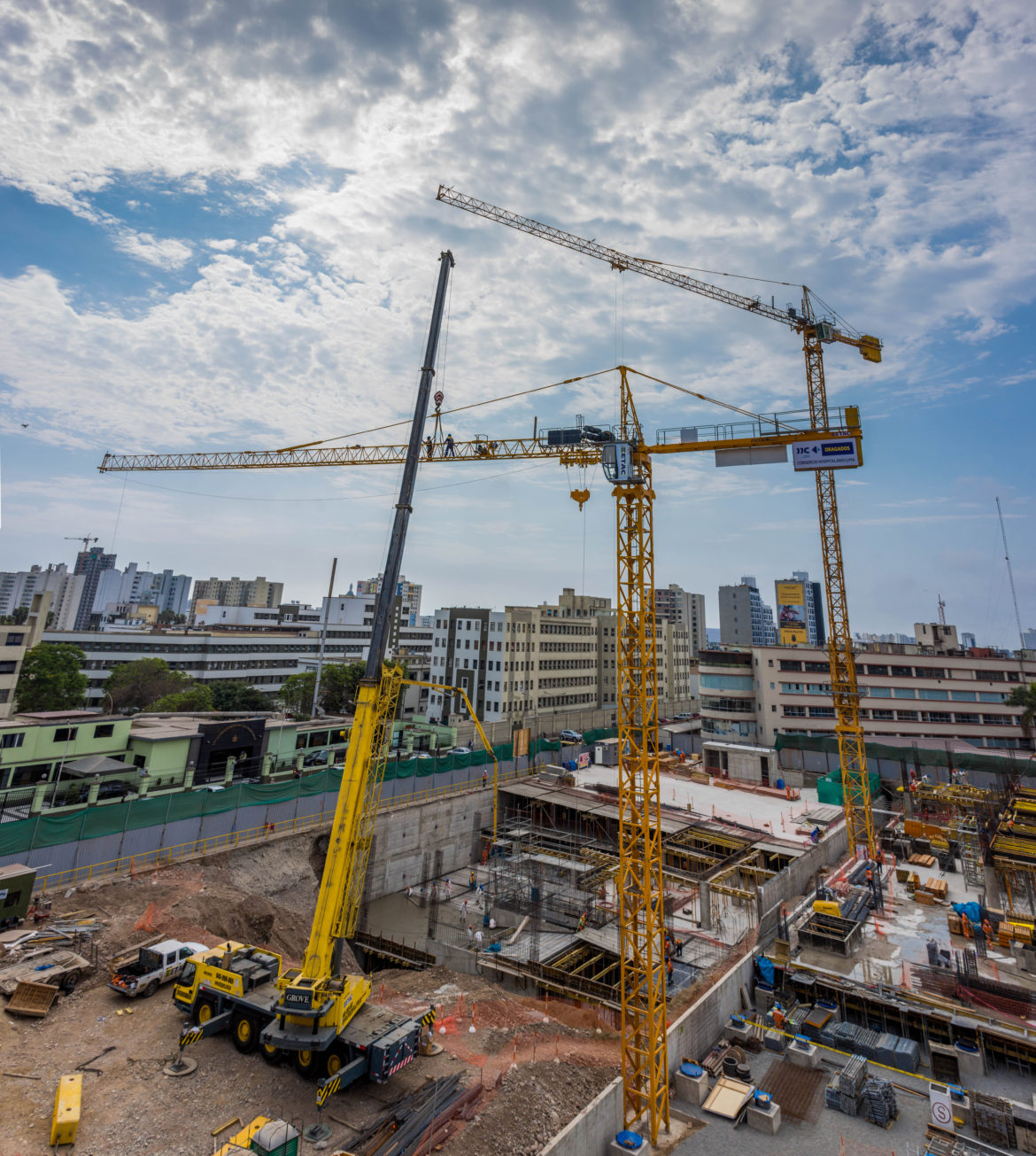 The construction of the new Central Police Hospital in Lima, Peru, is underway with the help of four Potain tower cranes. Two MC 175 B and two MC 125 cranes are providing fast work at the job site lifting formwork, prefabricated blocks, and more to ensure the new hospital will be ready at the start of 2019. The new six-story building is being constructed in the same spot where the old hospital was demolished in the Jesus Maria district.

The four Potain cranes were chosen by JJC & Dragados, the consortium managing the project, for their lift capacity and overall cost effectiveness. The consortium already had one MC 175 B in its fleet, and rented the other three from ETAC Peru, the country’s Potain dealer of the past 10 years. A Grove GMK5100 all-terrain crane is also onsite, assisting with heavier lifting. 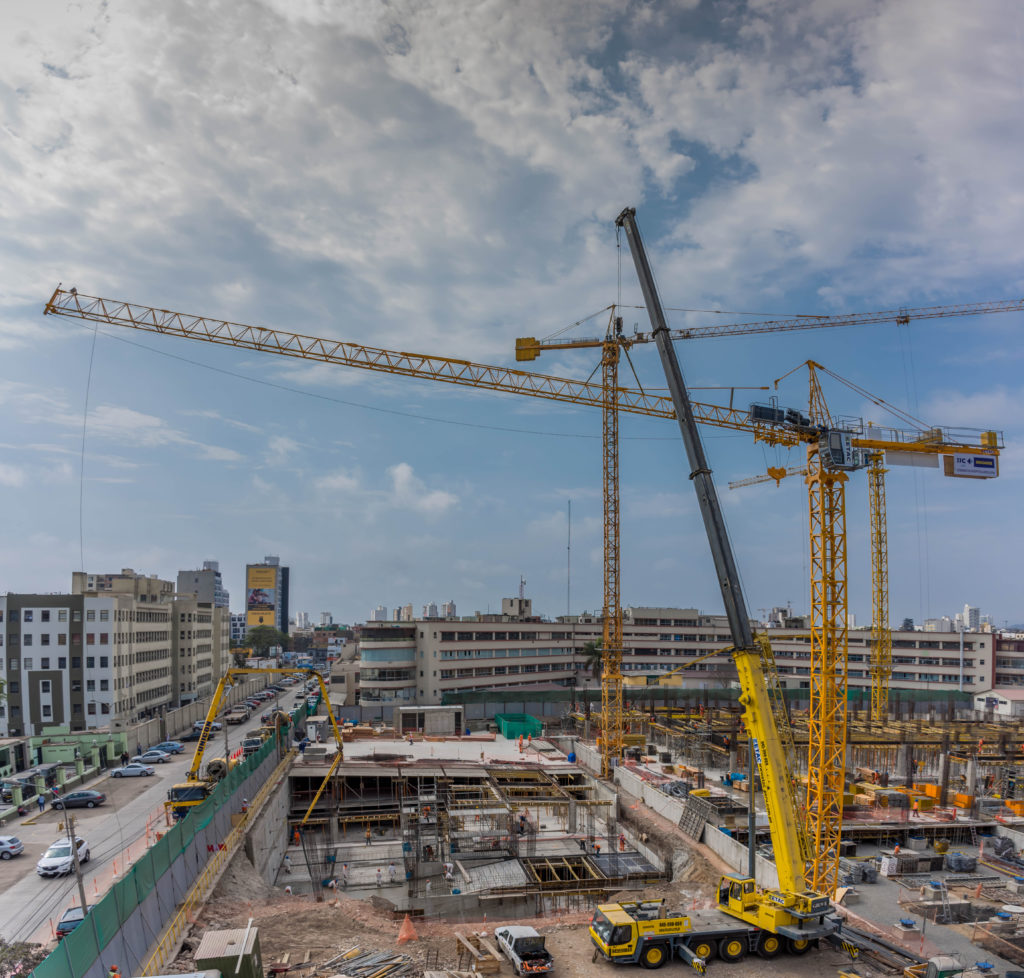 Two MC 175 B and two MC 125 cranes are expediting construction of a new six-story building, which will replace the old hospital in Lima.

“We decided to use these tower cranes when we learned that if we chose the right configuration, the MC 175 B could lift up to 8 t and the MC 125 up to 6 t, which met our needs. Mobile cranes were also an option, but the cost could have been four times higher,” said Carlos Rizzo, project manager of JJC & Dragados. “This is a project that demands high velocity, so the police community of Lima can benefit from the new hospital as soon as possible. These Potain cranes fit perfectly, as their lifting mechanisms are far more agile than other cranes’.”

Carlos Villacorta, general manager of ETAC Peru, said Potain cranes have increased in popularity over the last 10 years as more customers become aware of their agility on the job site as well as their great return on investment.

“Over the years, customers became more familiar with the benefits of tower cranes, particularly their ability to deliver projects much faster,” he said. “So now these machines are much more popular. We estimate today that 75 percent of all new tower cranes sold in Peru are Potain.”

The new hospital is being built on an area of 40,200 square meters and was budgeted at US$100 million, funded by the federal government. The new facility will have 80 medical offices, 128 hospital beds, an obstetric and a surgical center, an intermediate intensive care unit and a heliport. It will serve police officers and their families.