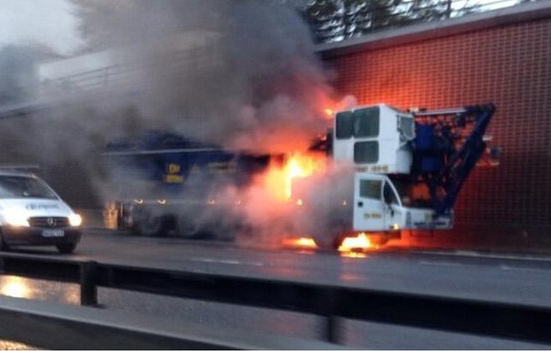 A burning mobile crane on the M25 has caused delays for traffic travelling from Essex into Kent.

The fire broke out on the motorway just after junction 1B for the A282 near Dartford at about 06:55 GMT.

Queues were reported over the QEII Bridge to junction 30 for the A13 in Essex.

Update: Â No one was injured. 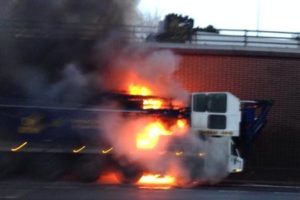 The crane is a Spierings 5 axle mobile tower crane 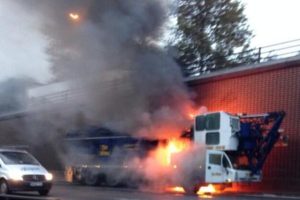 Most likely owned by City Lifting