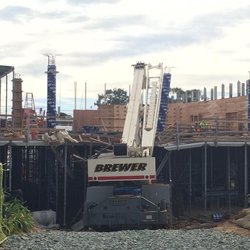 In a message to the students, PLNU External Relations VP Joe Watkins wrote, “Fortunately the crane operator is safe and is somewhat shaken but appears to be ok. The amount of damage to the building, if any, is unknown at this time and will be evaluated by engineers once the crane is removed.”

The San Diego Fire Department responded to the construction incident that occurred at the Science Building construction site.

Students have been alerted to be observant of the presence of Fire Department personnel on campus.

No injuries have been reported, and as Watkins stated, the cost of damage is unknown at this time.