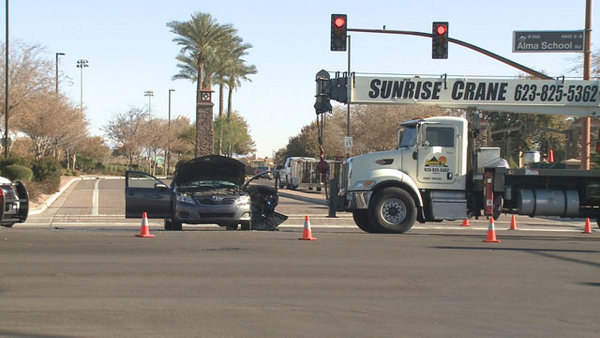 CHANDLER, Ariz. — A husband and wife are hospitalized after their car was hit by a large crane truck that apparently ran a red light in Chandler Thursday morning.

The crane truck was traveling northbound on Alma School Road when it struck a Toyota Camry as it began to enter the intersection from Fulton Ranch Boulevard, according to Sgt. Joe Favazzo with the Chandler Police Department.

Favazzo said the 47-year-old male driver of the truck ran a red light at the intersection.

The truck hit the Camry’s driver’s side door and the 65-year-old male driver had to be extricated from the vehicle.

The driver and his wife were transported to an area hospital. The man is in critical condition. His wife’s injuries are not life-threatening.

Favazzo said impairment and driver distraction do not appear to be factors in this crash. 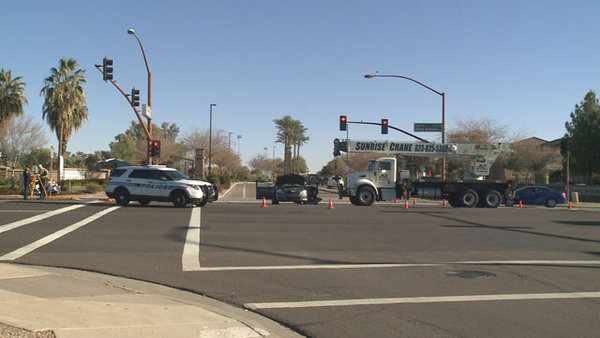 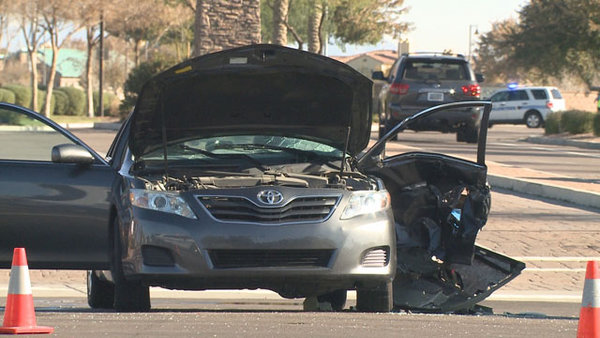 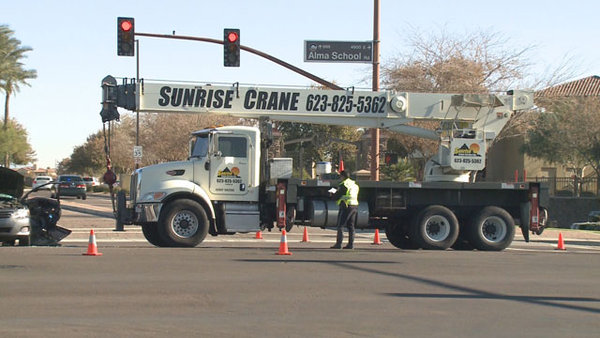