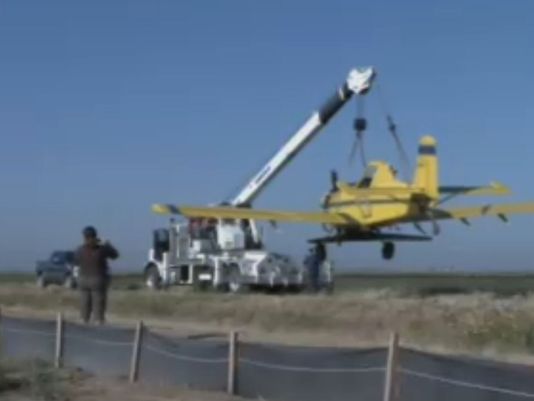 SACRAMENTO â€“ A pilot was forced to land his plane by the side Highway 99 in Sacramento County Monday morning.

According to officials at the scene, the crop duster went down off the northbound side of Highway 99, north of Elverta Rd.

The pilot said the engine seized while he was spraying. Once he dumped the load of material, he found a dirt road and set the plane down. Just prior to coming to a stop, the plane caught part of a ditch and tipped forward, according to the pilot.

The pilot was not injured in the crash, according to authorities.

The plane was lifted by a crane and removed from the scene.