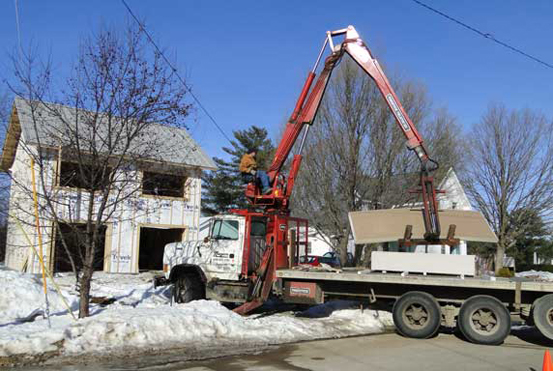 DANBURY, Conn. (WTNH)– A man was seriously injured after falling through the second floor of a home he was working on in Danbury, Thursday.

Police say the 33-year-old man was working on a two-story home on Urban Street, where he was guiding a crane that was hoisting plywood. When the crane shifted suddenly, it caused the plywood to slip from the straps.

The plywood then hit the scaffolding the victim was standing on, which caused him to go up into the air.

The man then fell through the second floor through to the first floor.

He suffered serious injuries including to facial injuries and a broken arm.

The man was taken to Norwalk Hospital with serious injuries.

His condition is not known at this time