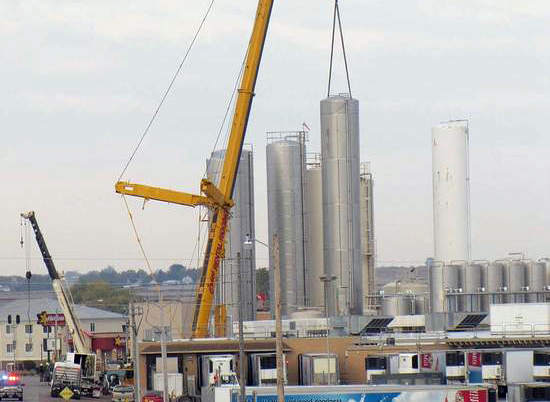 Four new silos are being installed at Dean Foods, 1188 Lincoln St., Le Mars, this week. Workers use a gigantic crane to place one of five new silos this morning (Friday). All told, Dean Foods will have two new 50,000-gallon silos and three 20,000-gallon silos, said Jarrod Otta, Dean Foods plant manager. The silos arrived at the plant laying on their sides on big trucks. Le Mars Police closed 12th Street Southwest along the south side of Dean Foods during installation of the silos, expected to be completed today. Otta said the new silos are the first phase of a two-year project at the Le Mars plant. “Next year we are going to build onto the building, add piping and remove the older silos,” Otta said. “We’re just updating the plant.” 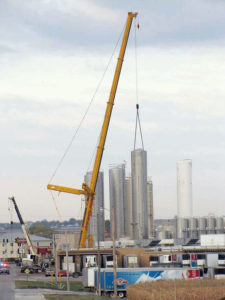 The “R” in Rainer is back in the Seattle skyline (videos)