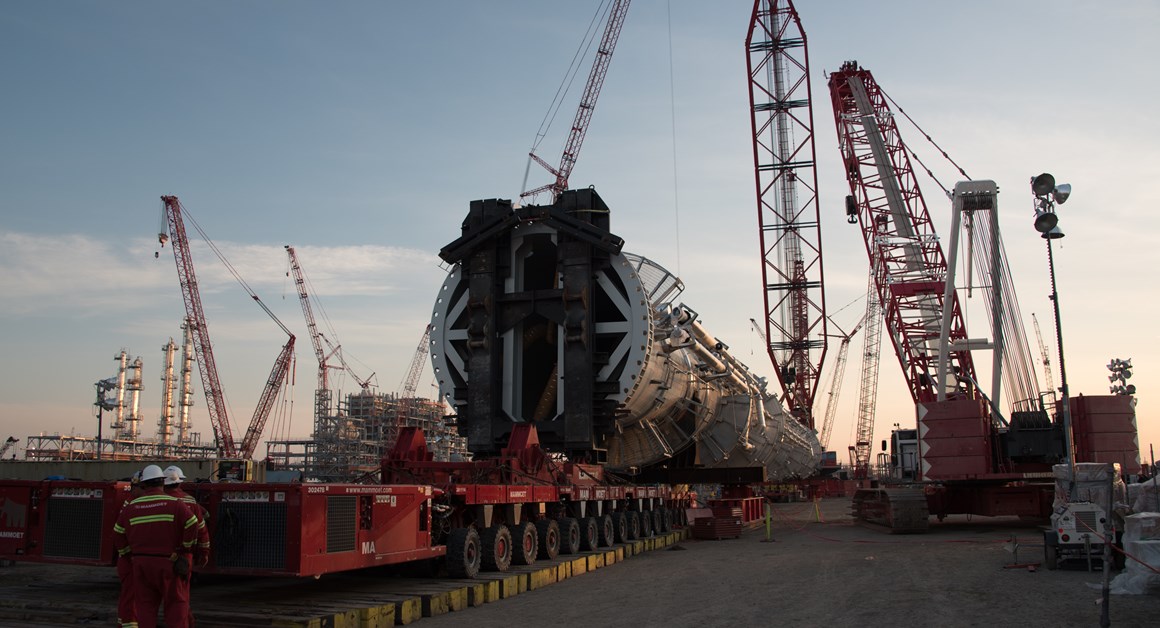 Mammoet recently completed the heaviest lift for Shintec’s new manufacturing facility in Louisiana. Mammoet was contracted to provide heavy lift and transport services. The lift of the project’s largest vessel, which is 335 feet long and weighs 595 tons, was safely and swiftly executed using a Terex CC-8800 lattice-boom crawler crane equipped with a Boom Booster.

At the beginning of the year, Mammoet completed an 8.5-mile transport of the heavy vessel through a sugar cane field. The route included several 90 degree turns, a 7-foot drop in elevation following a railroad crossing, and required coordination with 20 different entities.

With limited space at the manufacturing facility, due to surrounding construction, and a tight schedule, Mammoet devised a plan to execute the heavy vessel lift using the CC-8800 crawler crane and tail the vessel with double, 12-axle-line self-propelled modular transporters (SPMTs).

In order to save room for the crane assembly, the boom booster was assembled in sections at Mammoet’s local yard and then trucked to site. The vessel weight was confirmed before the lift to ensure that there was sufficient capacity of the crane, which would operate at more than 90 percent of its rated capacity.

Mammoet’s complete scope will end in 2018.