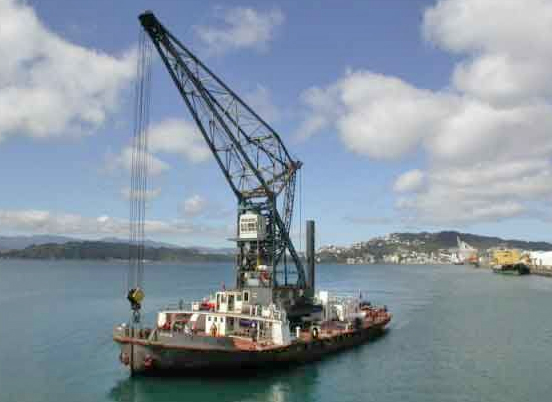 The veteran steam crane Hikitia will be lit up as part of Wellington’s big Guy Fawkes fireworks display.

Australian pyrotechnician Rob McDermott is making the historic crane – moored outside Te Papa as part of an ongoing restoration project – the centrepiece of the grand finale of this year’s display. 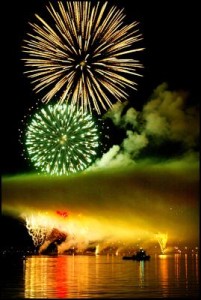 Using the iconic floating crane Hikitia to create a breath-taking exhibition, the fireworks show is set to a soundtrack by drumming and percussion group, Strike.

Given some of his previous work has used the Sydney Harbour Bridge as the centrepiece, it’s a big honour for the old crane. The plan is to turn the 87-year-old Hikitia into a blazing star of colour.

“It’s going to be like a sun,” Mr McDermott said. “We’re always trying to do something different each year.”

He hopes to use it again in the future on an even more ambitious scale, and wants to support the trust working to restore it.

“We’ll start small and get bigger,” he said.

Two pontoons and a barge will accompany the Hikitia out into the harbour for the display, which starts at 9pm.

When Wellington was a busier port, there were more options to use as a centrepiece, Mr McDermott said.

Ownership of Hikitia was transferred to the Maritime heritage Trust of Wellington on 16 March 2006. The Trustâ€™s objectives are to promote maritime heritage in the Wellington region. Trustees include Nigel Gould, Chairman, Bill Bay, Peter McKnight, Alfie des Tomb and Malcolm McGregor.

Hikitia was launched in Glasgow, Scotland in 1926 and arrived in Wellington on 21 December 1926. The ship is now unique as it is the last working example of its kind. It is a steam powered self-propelled heavy lift floating crane. All machinery functions and the objective is to get the ship back into full survey including the ability to be self- propelled and to lift its design weight of 80tonne.

Major refurbishments were carried out at Lyttelton in 2009 including major hull repair, reconditioning of all below water valves and propellor shafts.Â  The hull, crane and decks were painted. The ship is now close to being fully operable in all aspects.

Current tasks include reinstating the steering gear not used since 1978, completing refurbishment of the Gear Room that houses the operating gears at the base of the crane tower and lifting the standard of appearance of the ship on both outside and inside