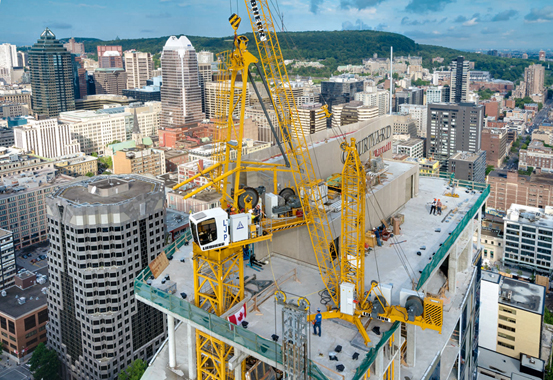 A Liebherr Derrick 200 DR 5/10 Litronic has carried out a job at extreme altitude on the roof of the newly built Courtyard Marriot Hotel in Montreal, Canada.

The dismantling crane operated in a constricted space to remove a Liebherr 355 HC-L 12/24 Litronic luffing jib crane that had been conducting previous work on the hotel.

With the help of the 200 DR, a rigging team dismantled the 355 HC-L within the space of four days. As this job was carried out on the roof of the hotel, rather than from the ground, no major roadblocks were needed and ongoing construction work was able to continue unobstructed.

Due to the 200 DRâ€™s variable radius of up to 25m, the heavy components of the luffing jib crane were able to be lowered safely at a safe distance from the building. Once this task was complete, the dismantling crane was used for a further two months to help with ongoing roofing work. 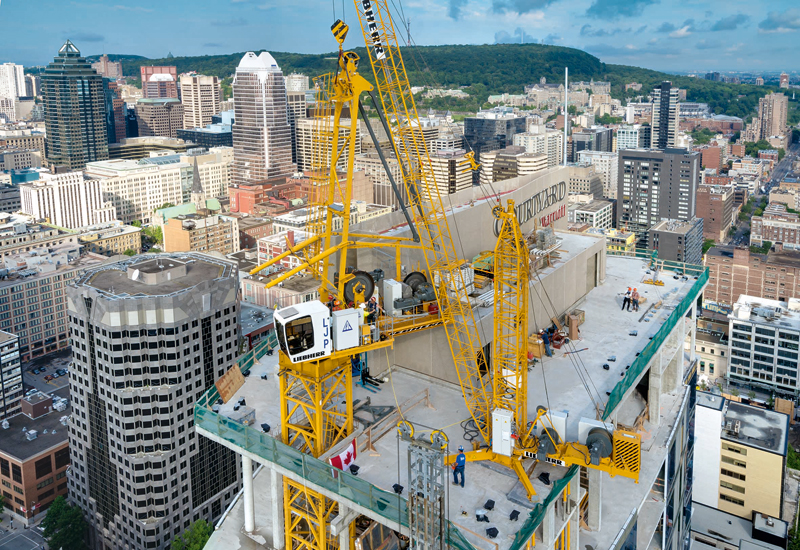