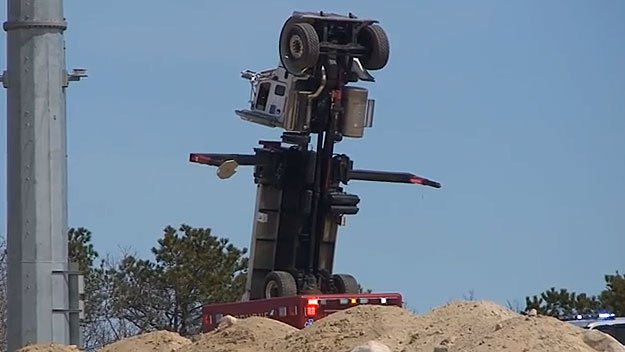 Two workers would not have died in a crane tipover if their employer had operated the crane correctly. Keep reading to find out what went wrong, then check out our 12-point checklist forÂ crane safetyÂ to prevent similar incidents at your company.

OSHA inspectors discovered that a Massachusetts electrical contractor had not erected the crane according to manufacturerâ€™s instructions and had not trained employees in its proper operation. The victims, who were working on power lines, were on a raised personnel platform attached to a mounted crane. The crane overturned and fell more than 150 feet to the ground.

OSHA Area Director Brenda Gordon said the employer did not refer to or use readily available information that could have allowed the work to be performed safely. â€œThis lapse,â€ she said, â€œplaced two workers in harmâ€™s way and needlessly cost them their lives.â€

According to OSHA, employees were not properlyÂ trainedÂ or evaluated on the crane before use. Supervisors failed to follow procedures for setting up and operating the crane, even though the instruction manual was in the crane at the jobsite. As a result, OSHA cited the contractor for two willful and four serious violations with total penalties of $168,000.

Fatalities can occur when the crane boom, load line, or load contacts power lines and shorts electricity to ground. Other incidents happen when workers are struck by the load, caught inside the swing radius, or fail (as in this case) to properly assemble/disassemble the crane.

Note these OSHA requirements and be sure employees follow them.