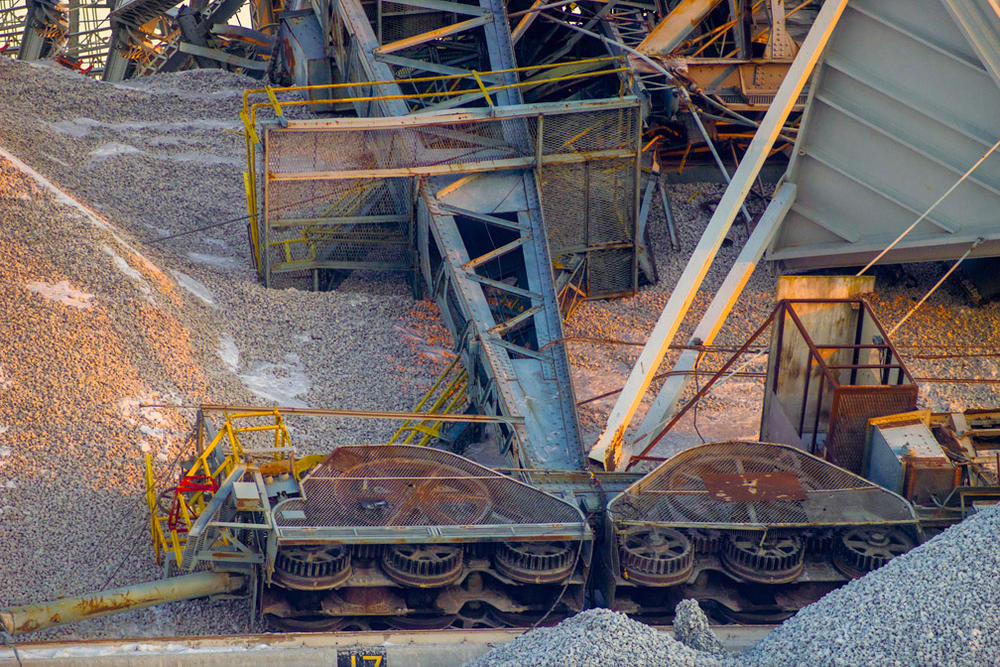 The two workers involved in a bridge crane collapse at the Graymont lime plant in Superior on Thursday were healthy and back on the site Friday, taking part in an incident investigation, plant manager Phil Marquis said.

“The gentlemen are fine; there were no injuries found and they were released (from the hospital) last night,” Marquis said.

The two men were working at the waterfront plant as contractors for Rachel Contracting of St. Michael, Minn. The more-than-100-year-old bridge crane had been set to be demolished Sunday. 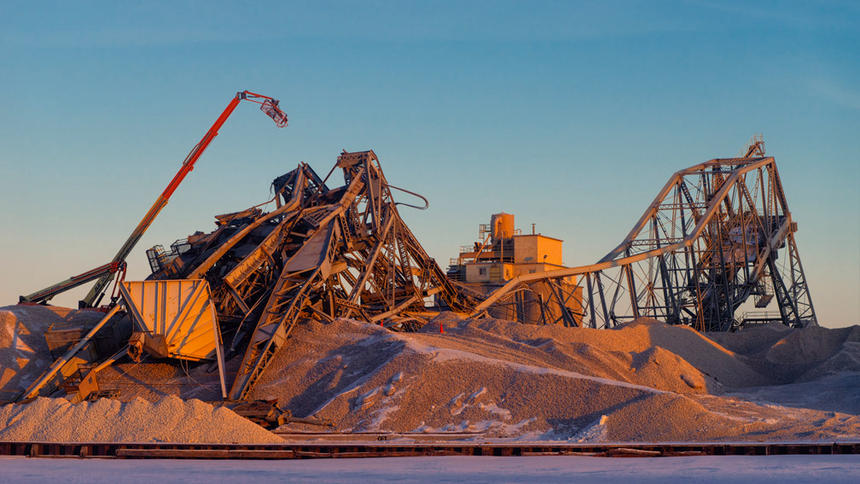 The wreckage of a bridge crane rests on piles of limestone at the Graymont lime plant in Superior on Thursday. The century-old crane collapsed as workers were preparing it for demolition. (Photo by Dan Turner)

“We had planned to have a controlled demolition of the bridge and those contractors were working their engineered plan,” Marquis said. “Unfortunately, it collapsed while they were doing the work. We’re grateful they weren’t injured and were able to walk away from the site.”

Marquis disputed a report from emergency responders that one of the men fell 75 feet, saying, “How far he fell I don’t want to guess, but it was not 75 feet.”

The other man was left dangling from a lift by his safety harness after the collapse. The Superior Fire and Police departments responded to the scene and brought that worker to the ground.

Marquis said the Mine Safety and Health Administration is leading the investigation into the collapse. The crane had been out of service since May 2014.

Graymont’s website said the Superior plant brings in limestone by freighter, from quarries in Michigan, and processes it several ways. The bridge crane had been used to pick up raw material on the site and transport it to be processed in kilns. Finished products are shipped out by truck and rail.

Now that the bridge crane is down, Marquis said there will be a new plan developed to start removing the steel.

Two men were transported to a local hospital after the crane collapsed on Thursday, but they were released and were back at work on Friday. (Photo by Dan Turner)

A new HVL for Hyundai