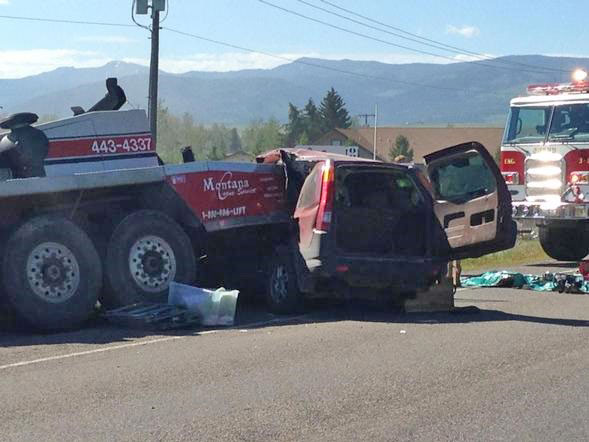 BOZEMAN — A woman died in a two-vehicle crash on Thursday morning in Gallatin Gateway.

The Montana Highway Patrol received reports of the crash at 9:38 a.m. at Wheeler Mountain Way and U.S. Highway 191 North.

A witness told MTN News that a construction crane was headed south on 191, and the driver of the SUV was on Wheeler Mountain Way trying to turn left toward Four Corners (North).

A child was in the backseat of the SUV and survived the crash.

The Montana Highway Patrol says that the driver of the SUV died; the five-year-old child was taken to Bozeman Deaconess Hospital by ambulance.

The MHP says that initial indications are that the driver of the SUV pulled out in front of crane.

Authorities have not released the name of the victim.

We will update you as we get more details.

Woman dies by pulling in front of Link-Belt Truck Crane in Montana was last modified: July 10th, 2014 by Ron Selby