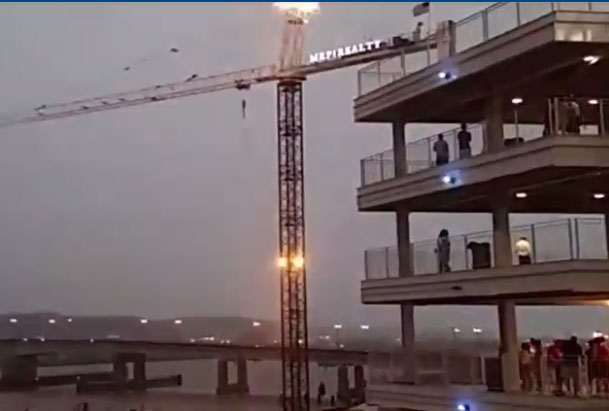 But lightning always wins â€” especially when it blows something up.

During the weather delay at Nationals Park Tuesday evening, a fan captured video of lightning striking an MRP Realty construction crane at Capitol Riverfrontâ€™s Dock 79. You can watch the video below.

Despite the cascading sparks, MRP Realtyâ€™s Bob Murphy said the only damage was a fried operatorâ€™s radio.

MRP and Florida Rock Development are working on a 305-unit apartment building with ground-floor retail at Dock 79. It is scheduled to deliver in 2016. In March, Bardo Brewpub announced plans to open a beer garden nearby.