Home Featured Visions of the Emirates: when the superlative becomes reality
FeaturedIndustry News

Visions of the Emirates: when the superlative becomes reality 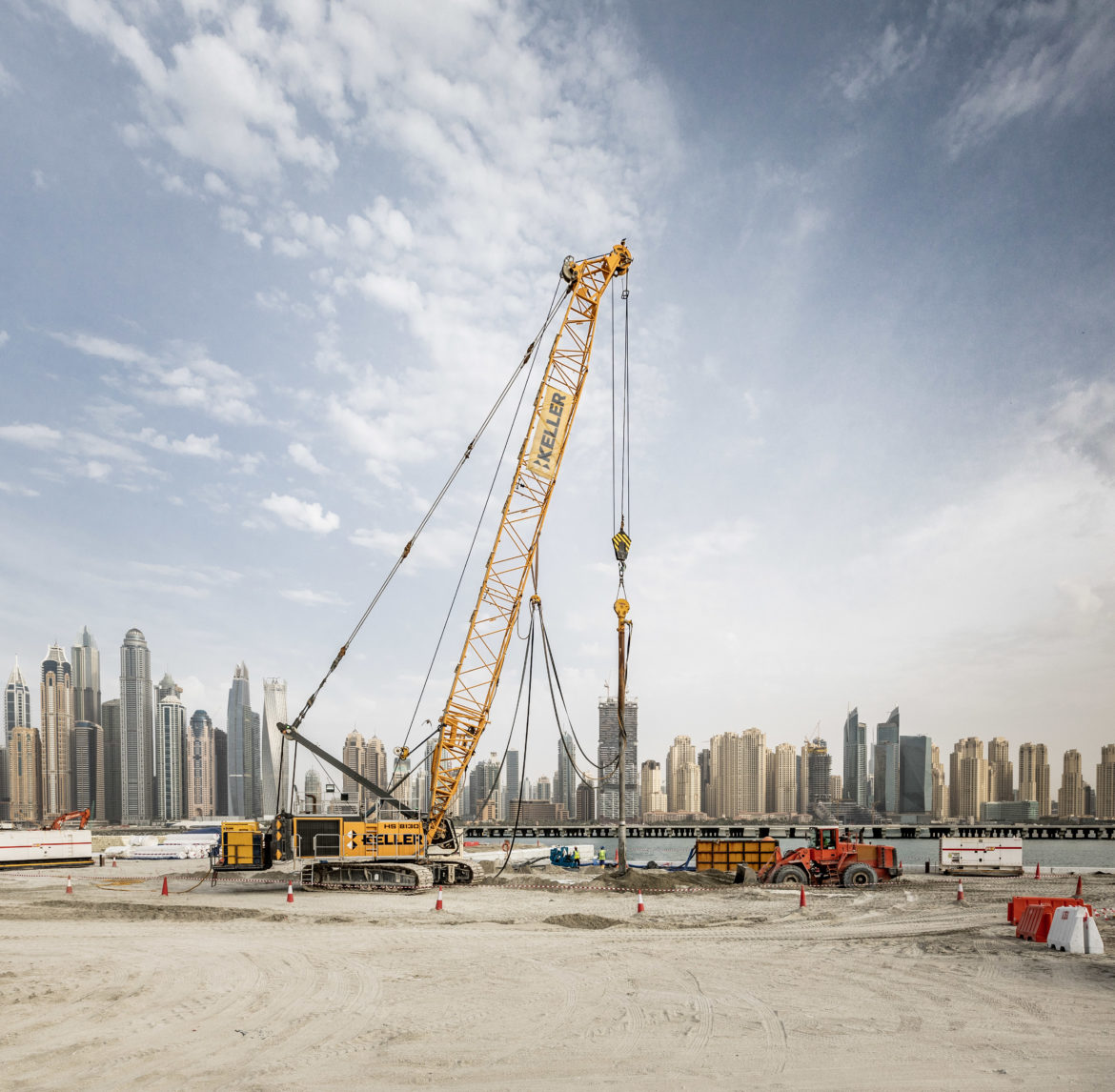 Nenzing (Austria) August 2019 – where oriental tradition and ultra-modern design merge – that’s where the building skills in the Emirates become apparent. The new port with almost 2 million square metres is proving to be a further prestige project in Dubai. Through the right choice of construction machinery, the company Keller Grundbau GmbH has managed to eliminate one costly time-consuming working process.

Burj Khalifa, the tallest building in the world, dominates the town at a height of 828 m and is a symbol of the building boom in the Emirates. To the west of Palm Jumeirah, the artificial island in the shape of a palm tree, the new port with a size of almost 2 million square metres is emerging as a further prestige project of Dubai. It includes 1110 berths for 1400 yachts, a terminal for cruise ships, luxury hotels, shopping centres, residential buildings and a 135-metre high lighthouse. What is so special about it? The harbour is a cornerstone for a vision of the Emirates.

In order for the project to be a success, the building ground must be improved along the 2675-metre long coast. For this purpose Keller is compacting more than 7 million cubic metres of sand in an area of 380,000 m². Through deep compaction, the load-bearing capacity of the ground to support construction loads is enhanced and the settlement of the ground is reduced. Keller is a pioneer for soil compaction and has been involved in a number of large construction sites in the United Arab Emirates, including “Palm Islands”. For the current harbour project, the company is using a duty cycle crawler crane from the Liebherr HS series. The HS 8130 is equipped with a vibro-flot for deep compaction.

The long boom of the HS 8130 provides Keller with a large working radius. Without having to change the position of the duty cycle crawler crane, a wide radius of building ground can be compacted. The radius is a particular advantage for the steep drop into the sea. Work of this kind is usually carried out from a barge. Or land is temporarily reclaimed for the task and subsequently restored to the sea. Both these methods are considerably more time-consuming and cost-intensive. Thanks to the deep compaction using the HS 8130, Keller improves the building ground down to a depth of 19 m. The aim is to withstand a construction load of 200 kPa. In order to verify the geo-technical requirements of the ground, approximately 600 compaction points are being tested using SPT (Standard Penetration Test). In addition to the large radius of the HS 8130, the complete HS series has proven itself through its all-rounder qualities.

The new harbour in the Persian Gulf is the cornerstone for the Emirates’ vision of attracting 20 million tourists per year from 2020. For the harbour project in Dubai, Keller also has two drilling rigs and two crawler cranes from Liebherr in operation.

Visions of the Emirates: when the superlative becomes reality was last modified: August 7th, 2019 by Ron Selby
CraneNetworkDubaiDuty Cycle CrawlerHS8130KellerLiebherr

Liebherr MK 88 Plus in the old city center of Mainz