Home Mishaps Video of a AT crane on fire in Norway. (Massive Fire and Smoke)
Mishaps

Video of a AT crane on fire in Norway. (Massive Fire and Smoke) 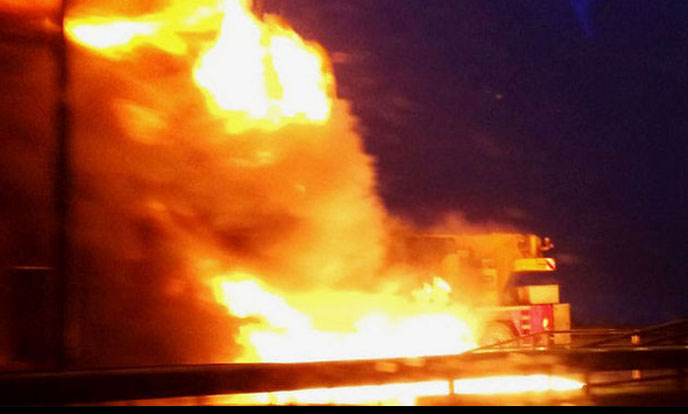 We noticed a very powerful fire in the mobile crane 08.35 . The crane stands right on the E6 , says operations Bjorn Jar at Romerike Police VG little over nine Tuesday morning.

The crane weighs 48 tons. E6 were temporarily blocked in both northbound and southbound direction, and the police asking motorists use detours in the area. – Extinguishing Work is ongoing, and the road will not be opened until the fire is under control. It also seems that the fire damage pavement and we know yet what consequences the damage will have on traffic , says Jar . The fire department reported nine o’clock the fire was extinguished.

Video of a AT crane on fire in Norway. (Massive Fire and Smoke) was last modified: January 8th, 2015 by Ron Selby