US$46+ MILLION IN HEAVY EQUIPMENT SOLD AT RITCHIE PUBLIC AUCTION IN HOUSTON, TX 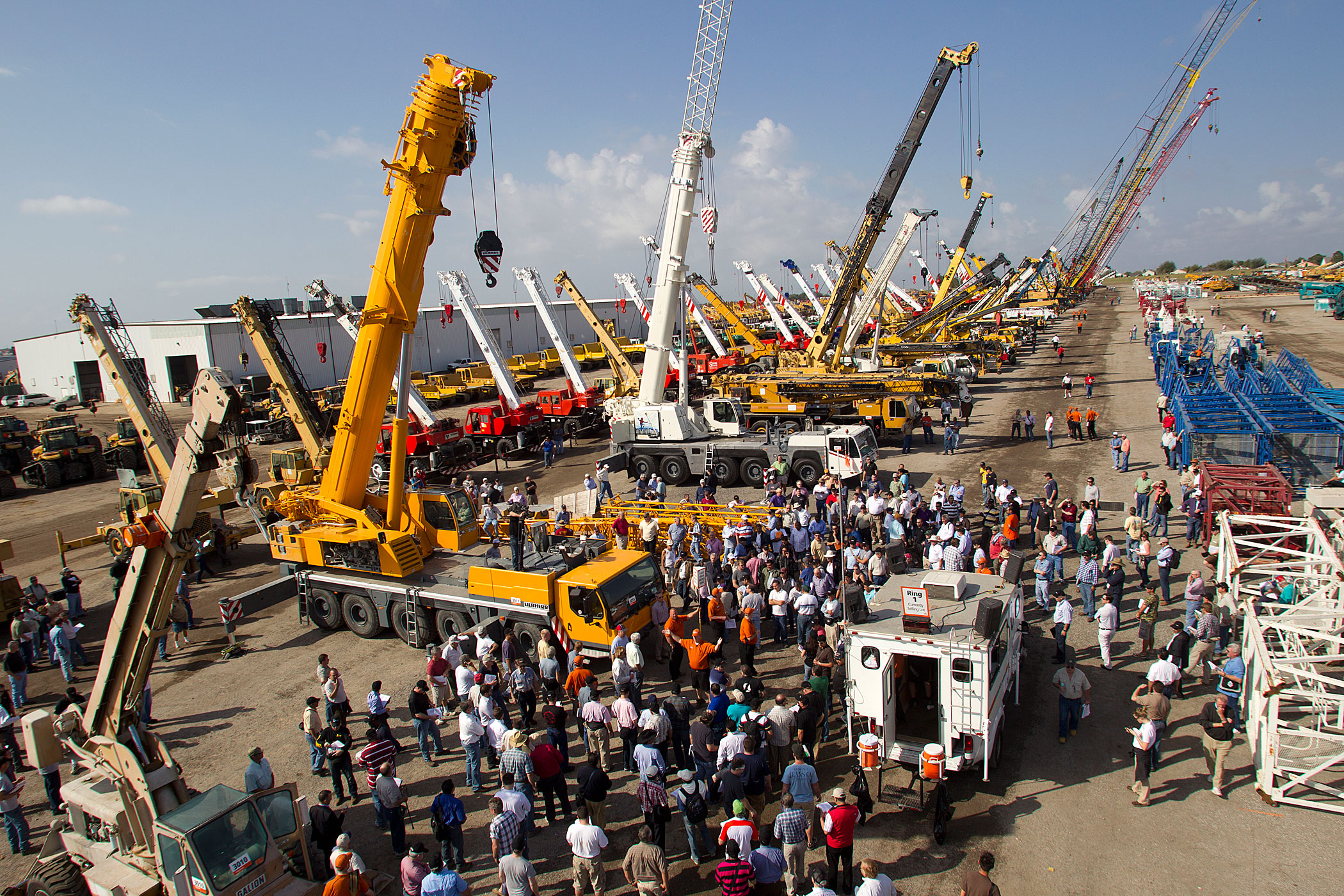 Site records broken for the most sellers at a Houston auction and largest number of online bidders and online buyers.

HOUSTON, TEXAS (April 21, 2014) – Ritchie Bros. Auctioneers (NYSE and TSX: RBA), the world’s largest industrial auctioneer, sold more than US$46 million of heavy equipment and trucks during a two-day unreserved public auction at the Company’s permanent auction site in Houston, Texas on Wednesday & Thursday, April 16 &Â 17, 2014. More than 3,800 registered bidders competed for 3,700+ heavy equipment items and trucks, includingÂ 80+ hydraulic excavators, 50+ cranes, a large selection of oilfield transportation equipment and more. The auction saw numerous site records broken: most sellers at a Houston auction (more than 500) and the largest number of online bidders (2,250+) and online buyers (550+) at a Houston auction. Every item was sold to the highest bidder, regardless of price-without minimum bids or reserve prices. Bids were made in the auction on-site, online in real time atÂ www.rbauction.comÂ or by proxy.
“We sold equipment for more than 500 sellers-the most consignors we’ve ever had at a Houston auction,” said Alan McVicker, Regional Sales Manager, Ritchie Bros. Auctioneers. “The world participated in this auction, both onsite and online. We noticed strong participation from end users and prices were strong across all categories. Most notably, the crane market looks very strong right now, as does oilfield transportation.”
More than 3,800 people from 59 countries, including 48 US states, registered to bid in person or online in the auction. Bidders from outside Texas purchased more than US$25 million or 53 percent of total gross auction proceeds. More than 2,250 of the bidders taking part in the auction registered to bid online and purchased more than US$21 million of equipment online.

Established in 1958, Ritchie Bros. (NYSE and TSX: RBA) is the world’s largest seller of used equipment for the construction, transportation, agricultural, material handling, energy, mining, forestry, marine and other industries. Ritchie Bros. offers compelling solutions that make it easy for the world’s builders to buy and sell equipment with confidence. The Company conducts hundreds of unreserved public auctions each year, selling more equipment to on-site and online bidders than any other company in the world (rbauction.com). The Company also operates an online marketplace through Ritchie Bros. EquipmentOne (EquipmentOne.com) and a range of value-added services, including equipment financing for customers through Ritchie Bros. Financial Services (rbauctionfinance.com). The Company has over 110 locations in more than 25 countries, including 44 auction
sites worldwide.