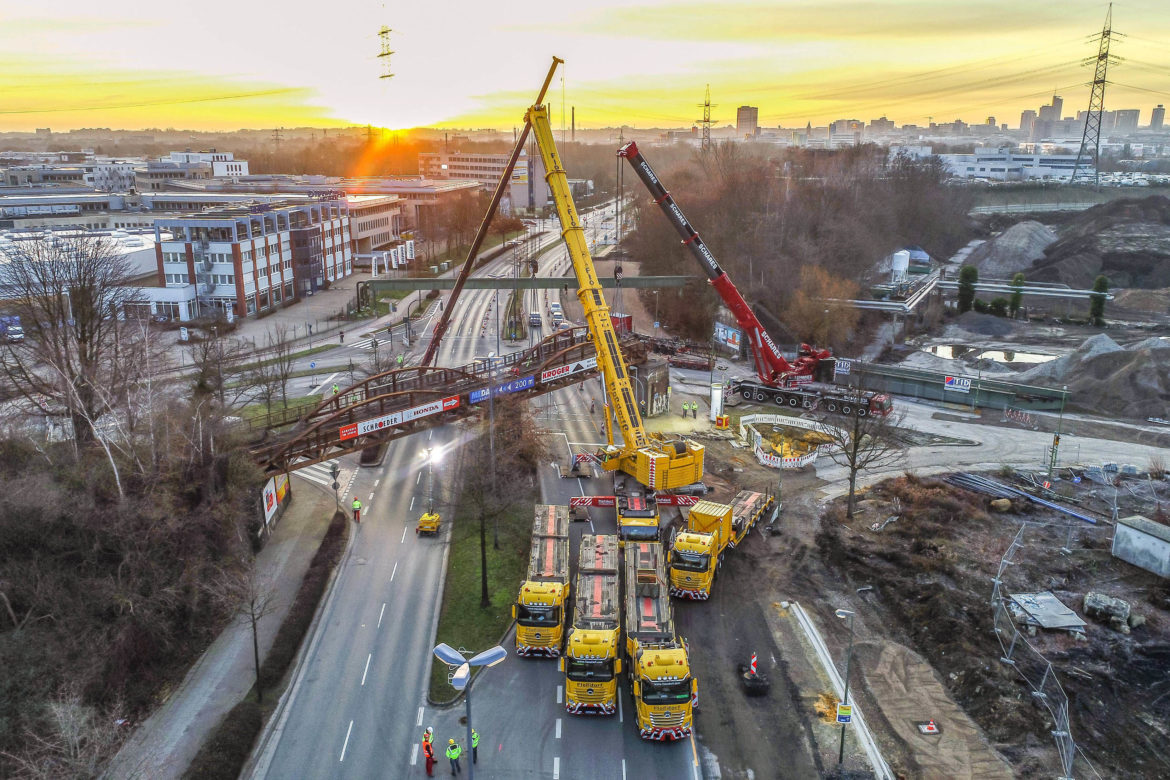 The steel bridge over a 4-lane road has been part of Essen’s cityscape for 100 years. But the time had come for the ailing structure to be removed for new buildings. The great age of the bridge proved to be a challenge for planning the crane job, however, because there were no reliable figures for the precise weight of the structure.

After detailed advanced planning by external service executive Peter Voss and technical drawer Nicole Bröker, main contractor Schares decided to use two LTM 1500-8.1 cranes for the job, as they provided plenty of lifting capacity reserves. One of them came from its own fleet based in Bocholt, whilst the other was provided by Flossdorf, based in Bad Neuenahr, around 130 kilometers from Essen. The cranes were prepared with 135 tonnes of ballast and their telescopic booms were each extended to 31.7 meters. The bridge had to be hoisted with a radius of up to 16 meters. It had first been released from the abutments by flame cutters. The heavy duty cranes hoisted the structure with ease. The crane control systems showed that they were sharing a weight of 120 tonnes. The LTM 1500-8.1 cranes had plenty of reserves without having to install any telescopic boom guying.

Crane operators Bernd Janssen (Schares) and Thorsten Mahlberg (Flossdorf) maneuvered the bridge as instructed by marshal Dominik Ussat (Schares) carefully between the two 8-axle cranes and placed it on the ground. Then it was time for the flame cutters to go back to work. The steel structure was removed once it had been cut into small parts.