Two Grove All-Terrain Cranes Prove to be Stronger than Steel 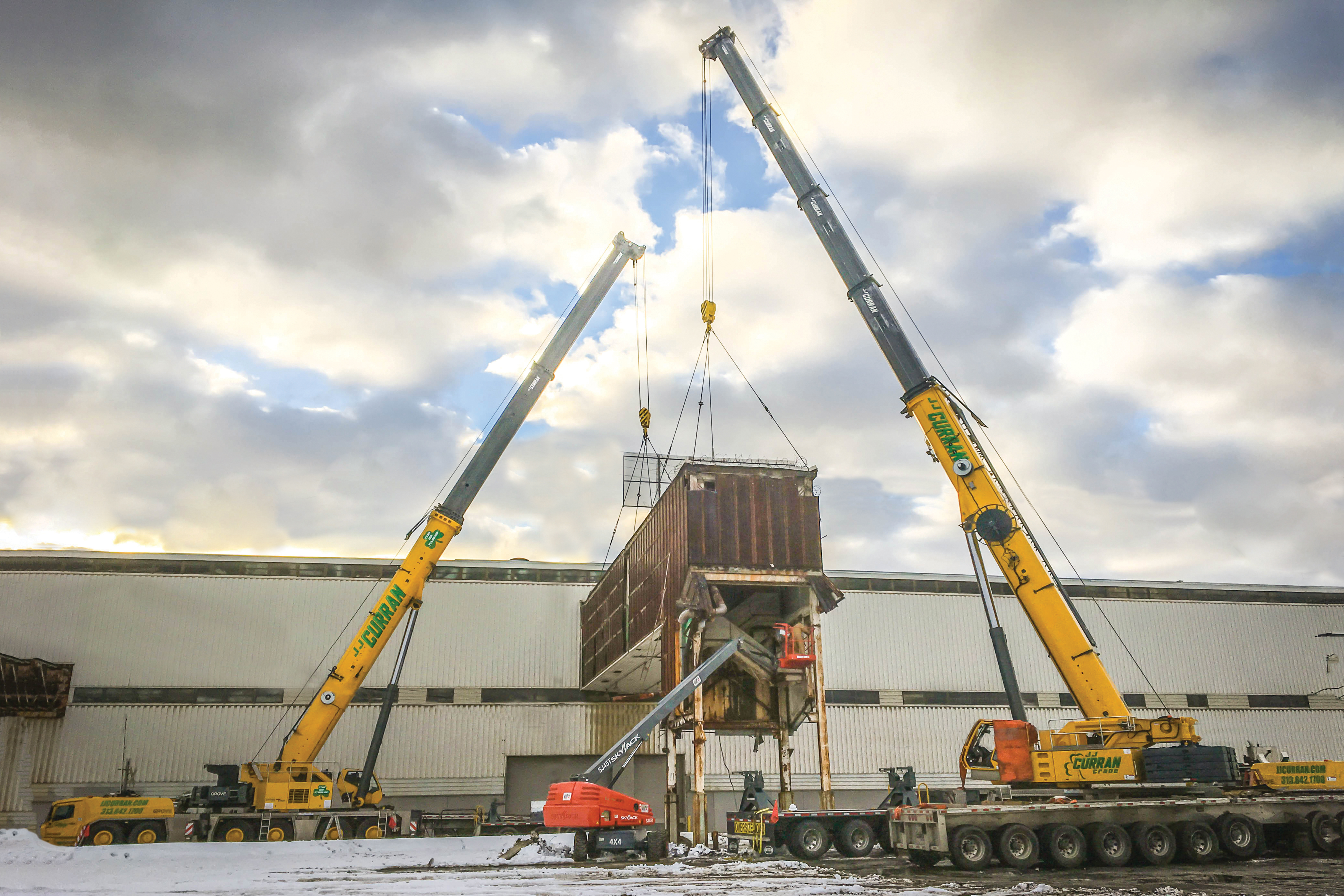 In Detroit, Mich., an abandoned General Motors facility was recently demolished with the assistance of two Grove all-terrain cranes. The Grove GMK6300L and a GMK6400, which are owned by Detroit-based JJ Curran Crane, helped with removing a 67.5-ton steel walkway, one of the difficult tasks on the project.

“There was a lot of steel that needed to be cut to free the walkway from the outside wall of the building,” said Chad McComas, a crane operator with JJ Curran. “We needed cranes that could fit in tight quarters, offer our demolition crew maximum stability while they worked, and be able to take the brunt of the walkway once it was cut free. I’m happy to say that both the GMK6300L and the GMK6400 performed without a hitch throughout the process.”

stationed on the opposite side. After rigging segments of the walkway to each crane, a demolition crew severed the walkway’s connections to the building’s walls and foundation. The free-hanging structure was then lowered to the ground, where the crew cut it roughly in half, resulting in two pieces that weighed approximately 35 tons each. Both cranes lowered their respective steel segments to street level for further disassembly and disposal. The walkway removal took about 15 hours to complete.

“There was not much room to maneuver on this jobsite,” McComas said. “But the GMK6300L and the GMK6400 gave us the stability and capacity on a small enough footprint to carefully complete the walkway separation without stopping for readjustments. By the time the sun was setting, we had already safely maneuvered the large pieces of steel to the street below. It was a great example of using the latest equipment to take a complex problem and safely engineer a solution.”