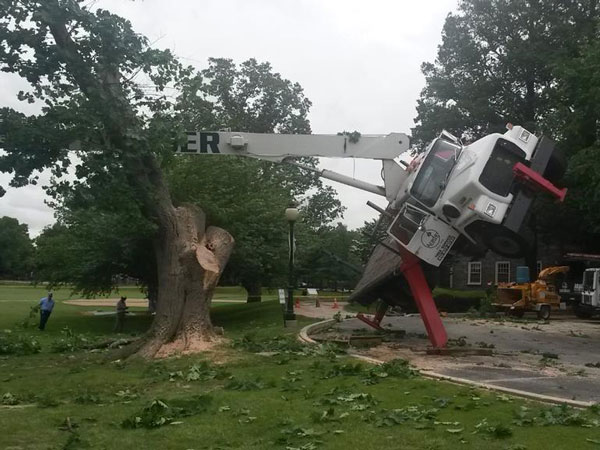 One person was injured Wednesday morning after a crane, which was being used to cut down a tree at William Penn Charter School in East Falls, overturned, police said.
Arader Tree Services workers were cutting down the tree around 10:30 a.m. on the 3000 block of West School House Lane when the crane flipped over, according to Officer Leeloni Palmiero, a police spokeswoman.
One worker, who was not identified, fell out of the truck during the tree removal and suffered injuries to his head, shoulder, back and face, Palmiero said.
He was taken to Einstein Medical Center, but his condition is not yet known.