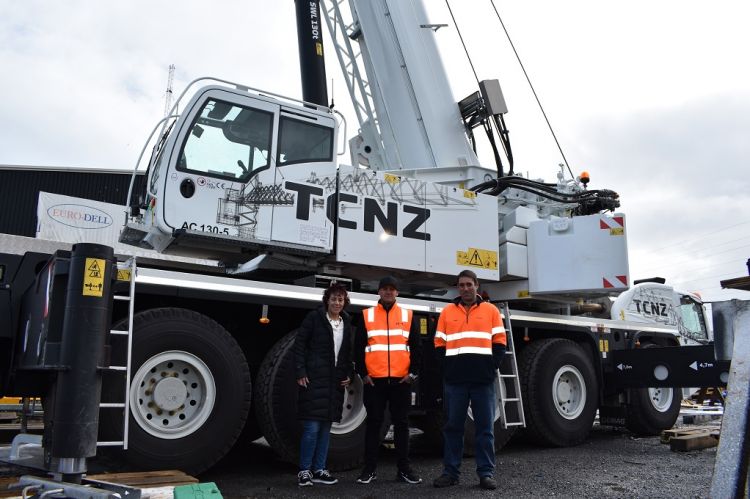 According to Tower Cranes Director, Julian Oxborough, the company chose a Demag crane from Terex Cranes distributor Titan Equipment because of the brand’s reputation for building quality and innovative machinery and Titan Equipment’s excellent service support. “The new crane has been a welcome addition to our fleet,” he explained. The crane has been on site every day since we took possession of it, working on a multitude of jobs in our hire fleet and supporting our tower cranes.”

The Tower Cranes’ crew is also happy with the Demag AC 130-5 crane’s performance. “Our guys say it is an excellent, well-made crane that is easy to use,” Oxborough continued. “They’re already ranking it up with the top models in the fleet. And although we haven’t owned it for very long, I’d say we would definitely consider adding another one.”

A few of the Demag AC 130-5 qualities that stand out to the Tower Cranes team include its ability to work in confined spaces thanks to the IC-1 Plus control system. Also, Oxborough said the flexible, all-wheel drive of the Demag AC 130-5 crane is a real benefit for working in the Auckland area, because of the small, tight areas of their clients’ jobsites. “This crane can get into the tight space while still delivering the power needed to do the job,” he added.

Tower Cranes purchased its new Demag AC 130-5 all-terrain crane from the local Terex and Demag crane distributor, Titan Equipment. Oxborough was pleased with the level of service he received during the purchase process and expressed how important the company’s partnership with Titan Equipment has been in growing the business.