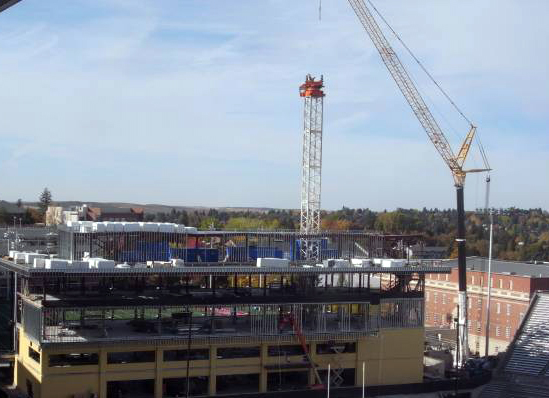 Nearly five months to the day after it was installed, the tower crane for the football operations building construction was removed, Saturday. The crane was put in place, May 18.

The crane’s removal occurred just several days after the ceremonial “topping out” of the building took place when theÂ final beam was placed on the structure, Tuesday.