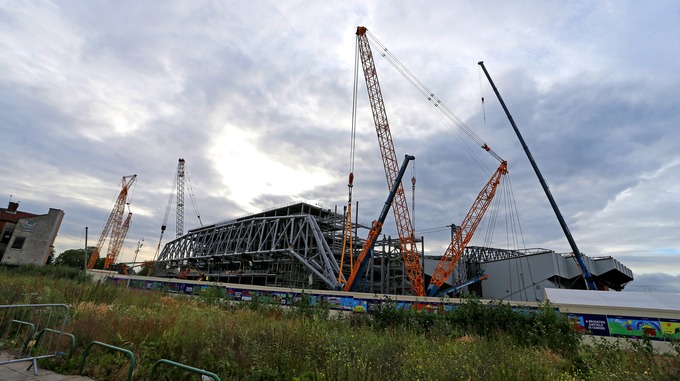 Up, up and away! The giant truss is being hoisted into position at Anfield. #LFCtrusslift pic.twitter.com/RXSU6qzYGu

A 650-tonne roof truss is being lifted over Liverpool FC’s Anfield stadium as the development of the ground continues.

A huge crane will lift the giant truss above the stadium and place it onto two towers either side of the famous Main Stand.

The club says the operation, which began at 6am, will see Anfieldâ€™s redevelopment reach a major milestone.

The lift operation is scheduled to take a full day to complete and follows months of detailed planning by Carillion, the clubâ€™s construction partner. 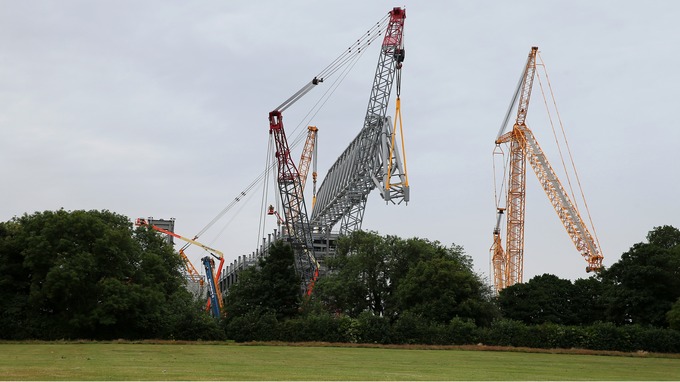 The view from Stanley Park of the cranes lifting the new roof. Credit: Press Association

Liverpool FC announced the redevelopment of Anfield in December 2014 and plans to add around 8,500 seats, taking the Main Stand capacity to over 20,000 and increasing the overall capacity of Anfield to around 54,000.

The process of installing the roof is expected to take place all day. Credit: Press Association

ALL Adds Two Liebherr ATs to Serve Customers in the South