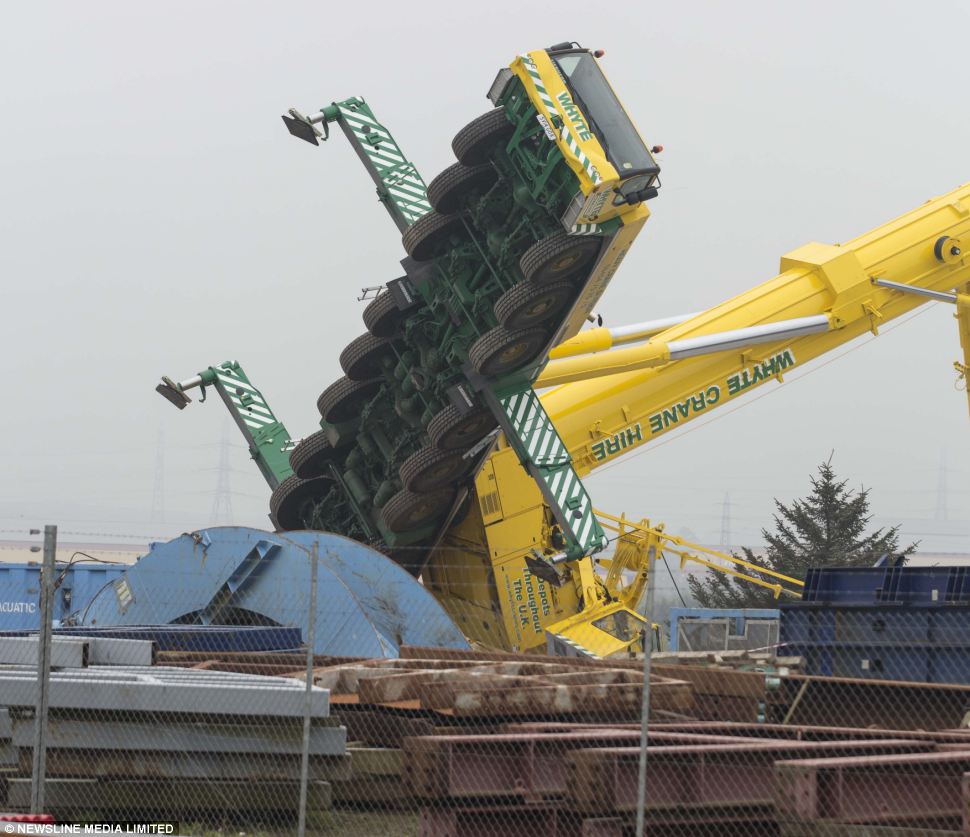 A crane toppled onto its side yesterday at an industrial yard when one of its stabilisers sank into the ground.

The Whyte Crane Hire vehicle was left balancing on its side with its wheels in the air at Peterhead Business Park this afternoon.

No one was believed to have been operating the crane which has an estimated reach of almost 630 feet (191m) when the incident happened near the town harbour in Aberdeenshire.

It was thought to have been used by subsea engineering firm Aquatic to load equipment on to a low loader.

A company spokeswoman said no one was injured.
Read more:Â http://www.dailymail.co.uk/news/article-2620867/Were-going-need-bigger-crane-Giant-vehicle-topples-Scottish-harbour.html#ixzz31A3dzZZb
Follow us:Â @MailOnline on TwitterÂ |Â DailyMail on Facebook 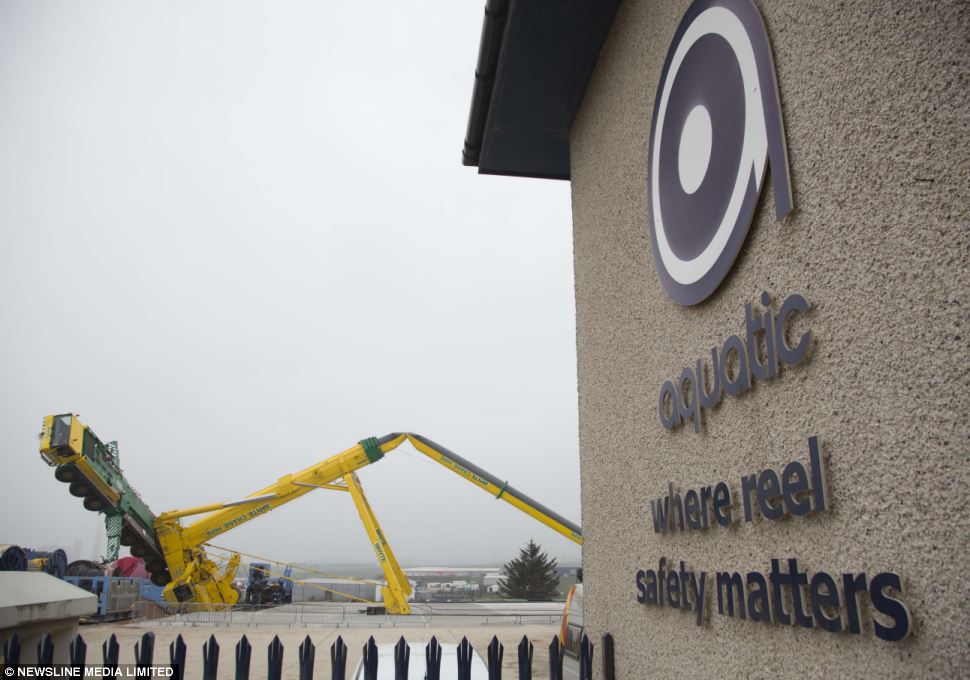 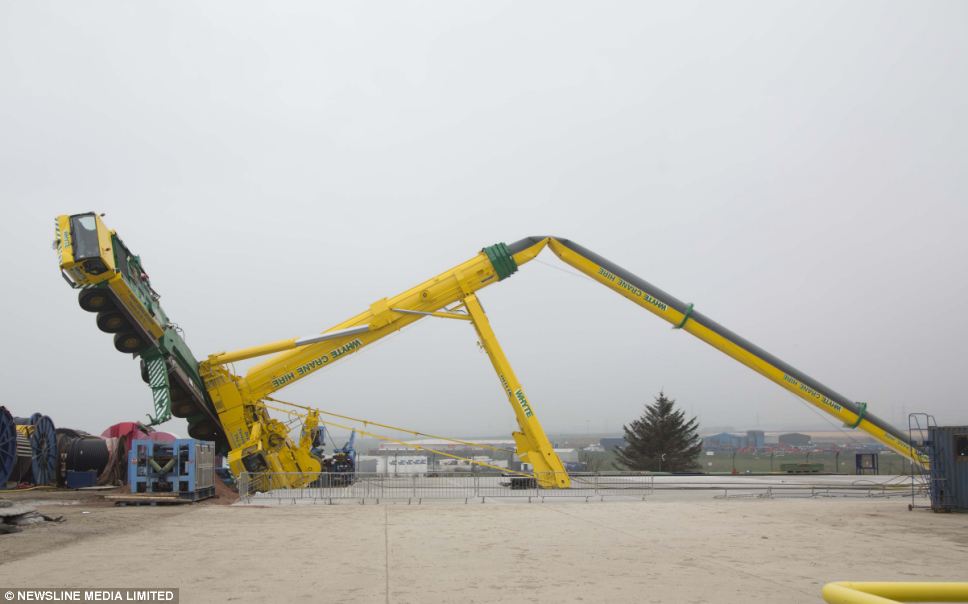 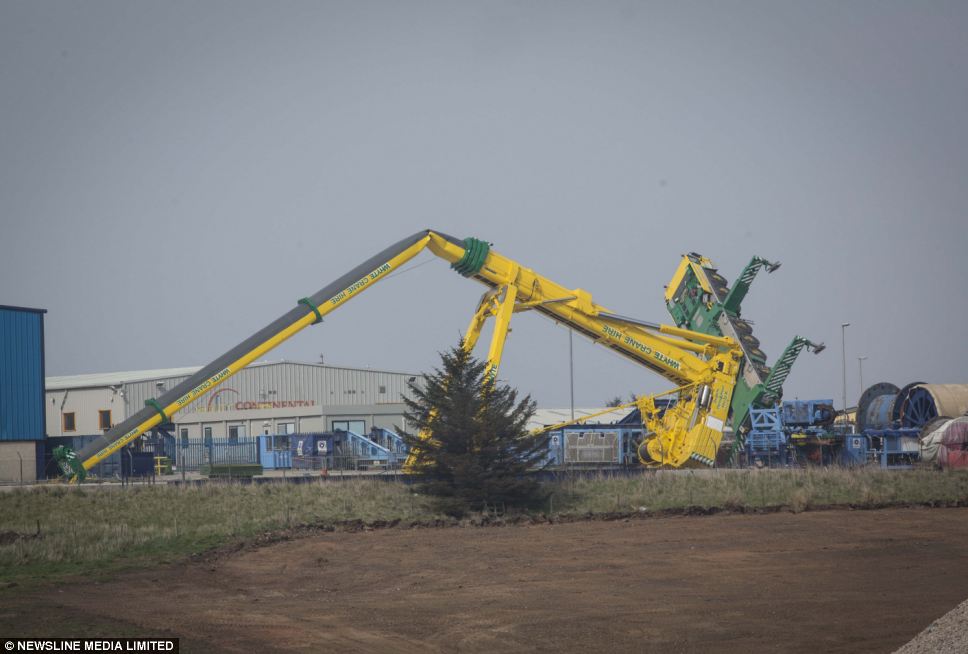 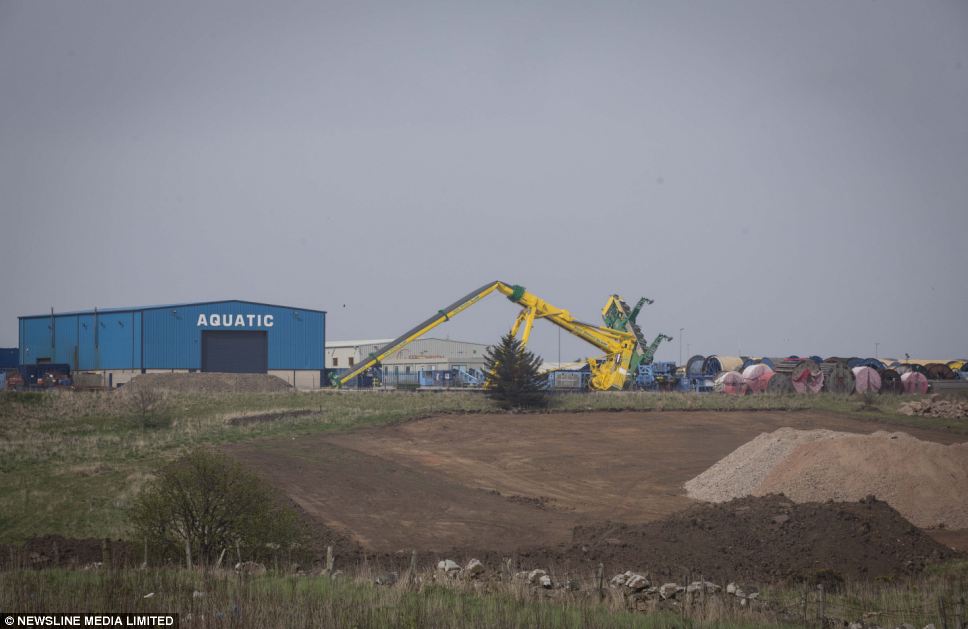