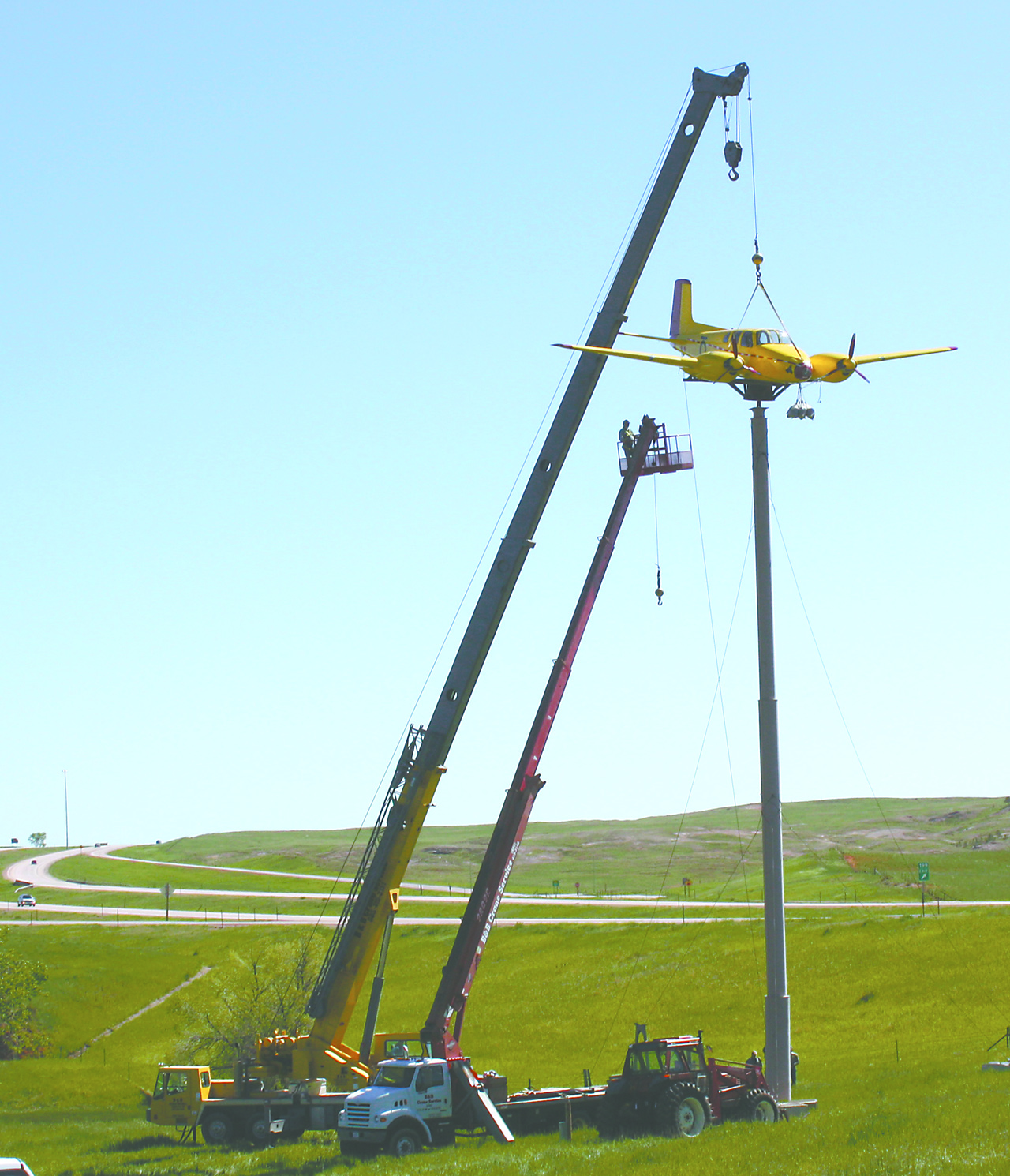 I-90 travelers are in for an unusual sight this week as a Beachcraft Twin Bonanza airplane appears to fly straight towards them, suspended on a pole 70 feet above the ground. Erected by Mick and Jean Quaal, the antique would have cost upwards of $200,000 to restore, so returning it to a working state was not a feasible option, says Mick. Instead, he found a new way to return this antique to the skies and share it with every passerby. Raising it in place took the assistance of a flatbed truck, a crane,Â  a manlift and several people guiding the aircraft with ropes, says Jean. â€œI call it a monument to aviation â€“ and the areaâ€™s largest windsock,â€ she laughs. The plane turns in the direction of the wind, adds Mick, and those who look closely might even see its propellers spinning.