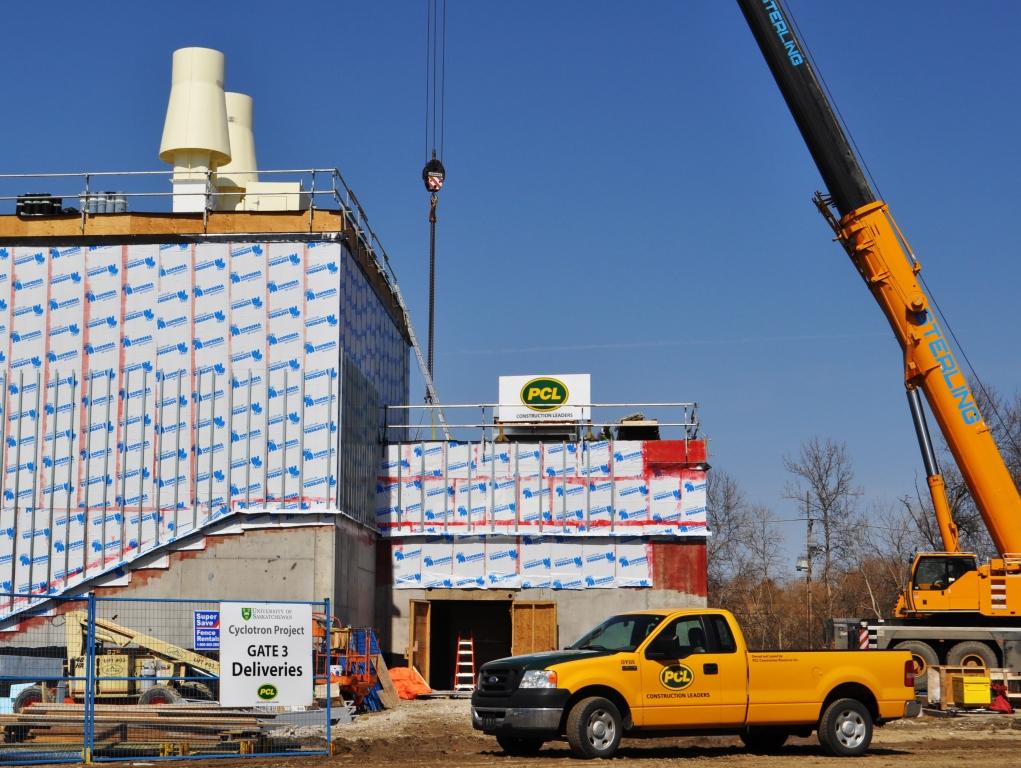 The cyclotron is now in it’s new home on the University of Saskatchewan campus.

“This is an important milestone in the construction of Saskatchewan’s new cyclotron facility here on the campus,” Matthew Dalzell, communications officer with the Sylvia Fedoruk Canadian Centre for Nuclear Innovation, said.

“We are actually installing the heart into our cyclotron facility.”

The cyclotron itself was lowered by crane into a massive concrete vault on Tuesday afternoon. It is connected to a refurbished building where, after construction is finished, there will be the laboratory facilities to process the radioisotopes produced by the cyclotron.

The cyclotron before it is lowered by crane inside its new home on the U of S campus.

The cyclotron is the first in Saskatchewan and only the third of its kind in Canada. It will produce radioisotopes used in nuclear medicine to help advance research and diagnosing diseases such as cancer.

“We are on schedule. Things are going very well right now,” Dalzell said, adding that they are right on track to finish construction by September.

After construction the Fedoruk Centre will take over preparing the operational aspects of the centre which are expected to be ready by October 2015. 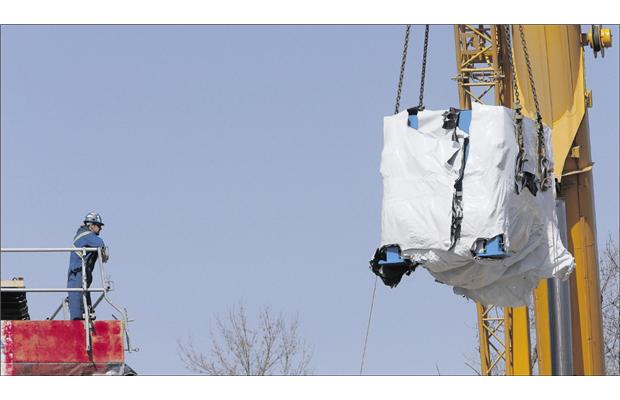