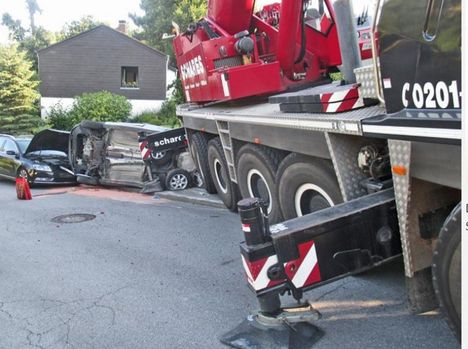 A five axle All Terrain crane ran away on Tuesday in a street in Heiligenhaus, Germany â€“ roughly halfway between Dusseldorf and Wuppertal. 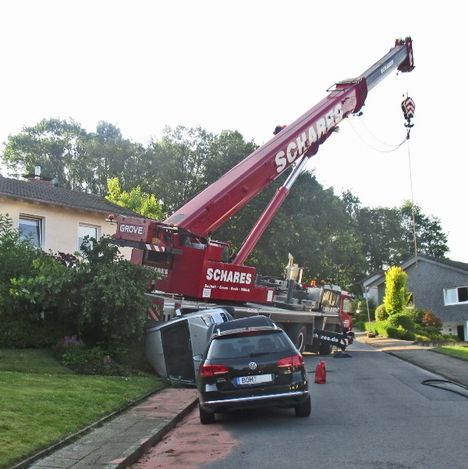 The crane ran backwards down the hill into the cars

The crane, a Grove owned by Schares, had arrived in the town early on Tuesday morning to carry out a lift at a local transformer station. The operator had extended the outrigger beams fully on one side, and partially lowered the jacks, he then raised the boom and was preparing to place mats under the jacks, when the crane began to roll backwards down the slope. It ran over a lawn, and struck a parked car turning it onto its side, before catching a second car.

Thankfully no one was injured in the incident, and most of the damage was limited to the garden and the two cars.

The operator was in the process of setting up the outriggers 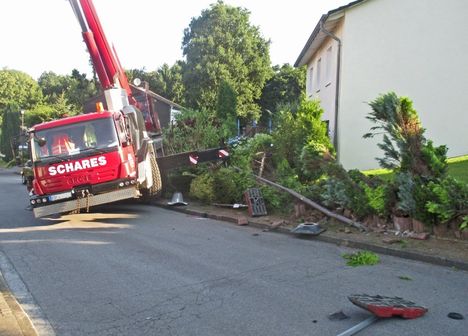 A Tappan Zee miracle, This Time