Ritchie Bros. Takes It to the Next Level in Orlando 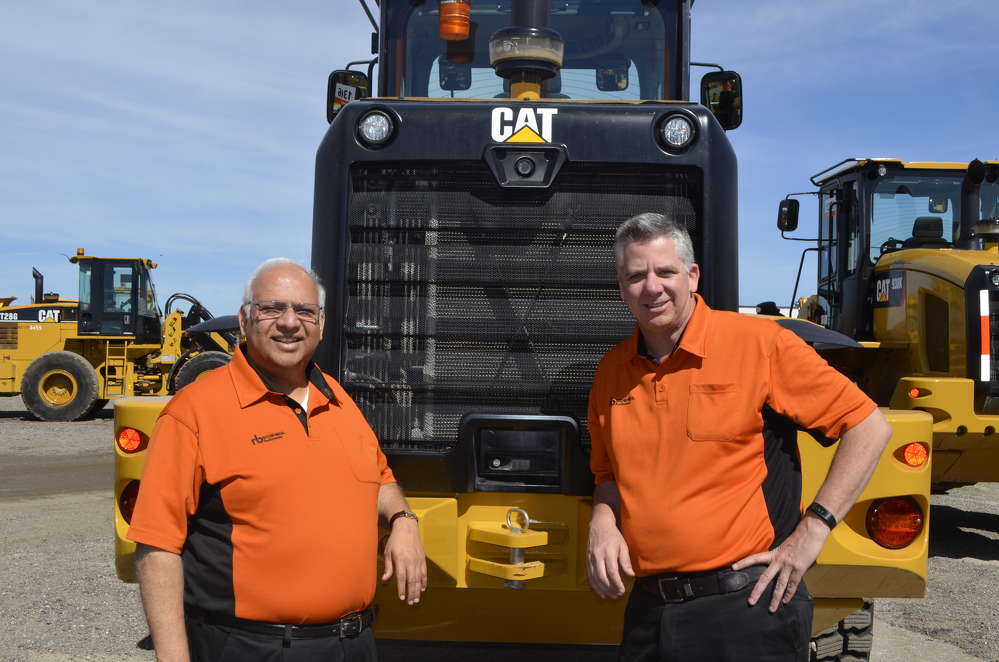 February is auction season in Florida and the Ritchie Bros. auction is the biggest of them all. More than 10,800 equipment items and trucks will be sold in just five days (Feb. 15 to 19) â€” a new record for the company.

On Day Three of the auction, Construction Equipment Guide (CEG) had a chance to speak with two of Ritchie Bros.’ new leaders: Ravi Saligram (CEO), who has led the company since July 2014, and Terry Dolan (president of U.S. & Latin America), who joined in May 2015 and is experiencing the Orlando sale for the first time.

â€œOrlando is a real flagship operation for us,â€ said Saligram. â€œThe first time you see this auction â€” the scale, the size, the scope, the enormity of it â€” is awe inspiring. We have more equipment this year than ever before and the merchandising of it is a work of art. We took a photo of our yard from the air and it’s like a beautiful Picasso. It’s great to see how hard our team has worked to make it easy for our customers.â€

â€œThis is my first Orlando auction and it’s been a ton of fun,â€ said Dolan. â€œThis is a special event. We have people here who’ve been coming to this auction for 20 years because of the relationships that Ritchie Bros. has built. We also have people coming for the first time. Our goal is to make this a comfortable and exciting event for everyone.â€

Ravi Saligram brought Terry Dolan on board last year to take the more than 55-year-old company’s U.S. & Latin American operations to the next level.

â€œSince I’ve come on board, I’ve regionalized the management of the business â€” U.S. & Latin America, Canada, Europe, Asia, and the Middle East â€” to help us get closer to the customer and allow us to make decisions faster in the field,â€ said Saligram. â€œI’m a very big believer that the customer is king and I believe regionalization will allow us to better serve them.â€

â€œWe have defined the U.S. as our number-one priority because we think there is great opportunity for potential growth,â€ continued Saligram. â€œTerry Dolan epitomizes what we need here â€” a driver of growth, a great leader of people. And he has a fantastic team of veteran U.S. executives to work with.â€

While this is Dolan’s first Orlando experience, Ritchie Bros. has been holding auctions in Florida for decades and the people keep coming back. The company had already registered close to 8,800 bidders from 78 countries for this year’s auction as of Thursday, Feb. 18 â€” and there’s still plenty of auction time remaining.

â€œThis is not a U.S. auction, this is global auction,â€ said Dolan. â€œIn last year’s Orlando auction, Ritchie Bros. sold more than U.S. $48 million of equipment to buyers outside the country. Some of these buyers are participating onsite, many others are participating online. In 2015, approximately 40 percent of the items in our auctions were sold online.â€

â€œClearly we’ve proven that the integrated online and onsite auction model is the model and our competitors are now trying to emulate that,â€ added Saligram. â€œHistorically, Ritchie Bros. has always been a leader and an innovator and we will continue down that path. We have a mobile application we will be coming out with, as well as pricing modules â€¦ but innovations don’t always have to be the big bang. We are working to improve every little thing. For the Orlando auction this week we installed a giant video screen at the front of the auction theater so onsite bidders can see activity from online bidders around the world. We are always looking for different ways and means to make our auctions more convenient for our customers.â€

Ritchie Bros. Takes It to the Next Level in Orlando was last modified: February 18th, 2016 by Ron Selby