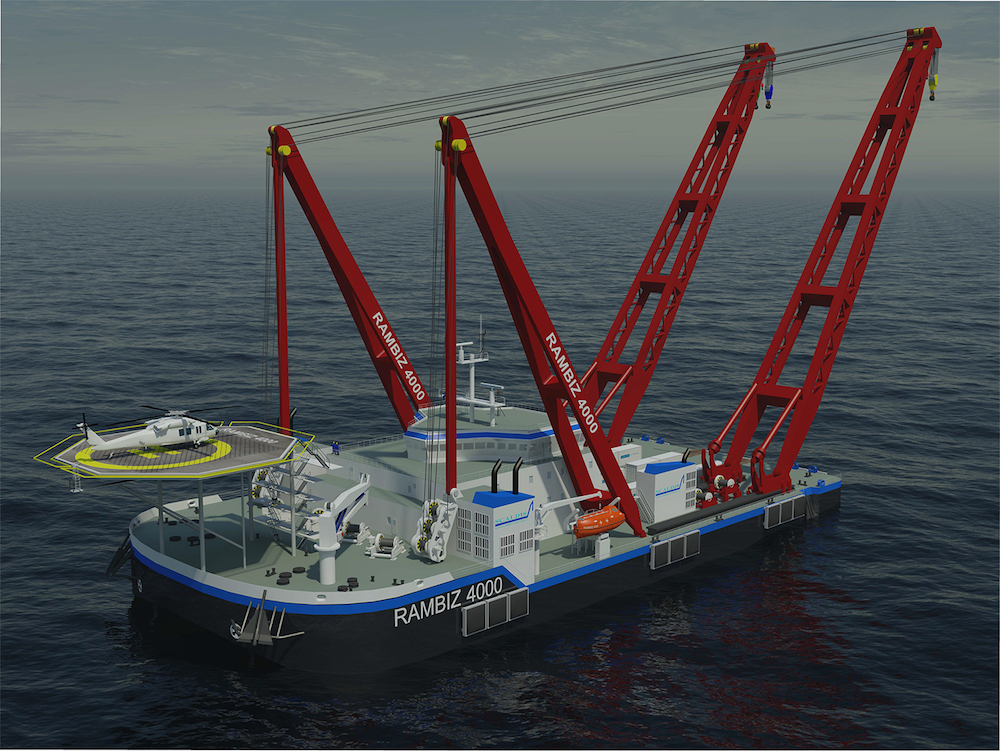 The ship, known as the Rambiz 4000, will be operated by Scaldis and used for installation and decommissioning activities for the oil and gas industry, as well as the installation of offshore wind farms. The ship can also be used for any type of marine related heavy lifting work in challenging situations, such as the construction of bridge components and clearing subsea obstacles.

Its design was developed in-house by Scaldis and Vuyk Engineering Rotterdam, part of Royal IHC. It features two Huisman cranes with a lifting capacity of 2,000 tons each. The cranes will be able to move up to 25 meters aboard the ship, allowing the deck to be used to transport and relocate cargo. The ship also has extra carrying capacity of 3,000 tons.

The Rambiz 4000 features four azimuth thrusters and a DP2 system allowing for operations in deep water without the use of anchors, guaranteeing operational flexibility and allowing work to to be carried out in zones where many pipelines and cables lie on the seabed. The crane ship is also equipped with 4 main working anchors and winches and 4 secondary devices.

Other features of the vessel include a â€œrapid ballast systemâ€, allowing for quick and continuous hoisting operations; a moonpool for the purposes of operating an ROV; heave fenders allowing for containers to be loaded and unloaded at sea; and a helipad.

The contract for the construction of the ship was signed January 29, 2015 and delivery is scheduled for spring 2017 in Europe. The vessel will be built at Qidong and finished in Xiamen, both in China, under the responsibility and coordination of Royal IHC.