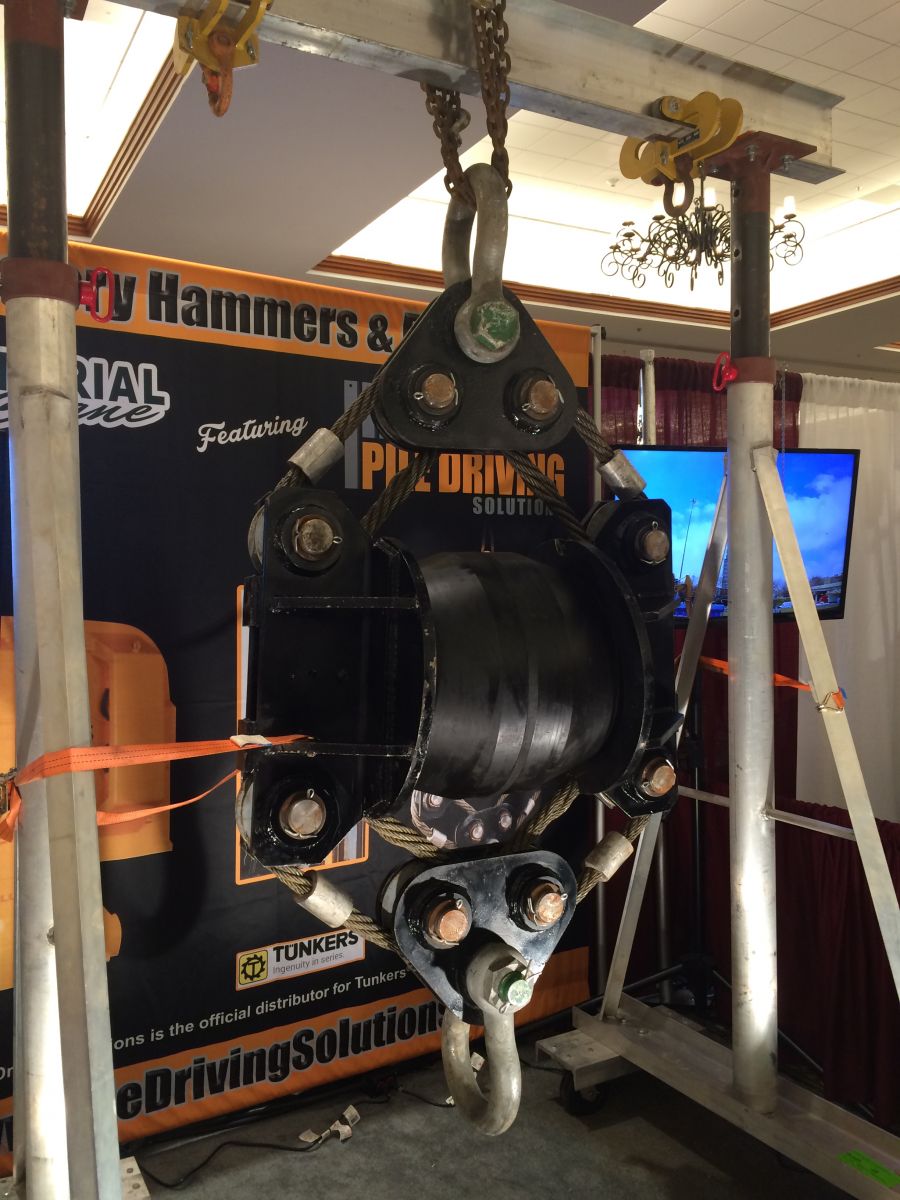 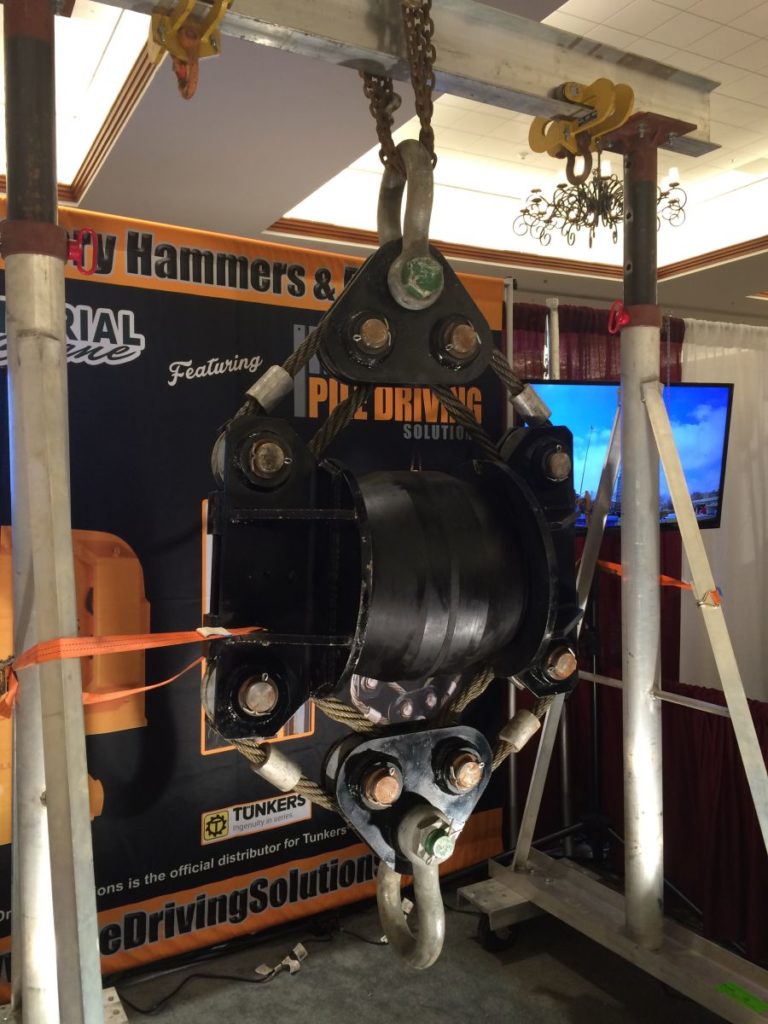 The Tunker vibratory damper is available through Pile Driving Solutions in the U.S.

â€œAnytime a vibratory hammer is on a crane, the potential exists for parts to vibrate off the crane, which could create injury, damage to the crane, or shut the jobsite down,â€ said Jay Mooncotch, owner of Pile Driving Solutions. The Tunkers dampers are designed to take the shock of a vibratory hammer from the crane and the operator during pile-driving applications.

According to Mooncotch, manufacturers like Liebherr are requiring dampers or isolators to be used on certain crane models when the machine is fitted with a vibratory hammer. â€œThe beauty of the [Tunkers] damper is it can be used on all of your cranes,â€ Mooncotch said, such as crawlers, all-terrain, and rough-terrain cranes.

Tunkers dampers are available in several models, with the most common model being the SD130. With the right rigging, the vibratory damper can be hooked to the block in minutes, and it requires little maintenance. If taken care of properly, Mooncotch said the damper will last for years.

Since Pile Driving Solutions began distributing Tunkers vibratory dampers, Kiewit has purchased three dampers: two SD130s and an SD180 for a bridge in New York, and American Bridge also bought an SD130 for a bridge job in Dallas, Texas.

Mooncotch said the damper has created a new market for Imperial Craneâ€™s rental company. â€œWe are now able to rent out hydraulic rough-terrain and all-terrain cranes for the use of vibratory work,â€ he said. On one specific job, Imperial generated $100,000 by renting a 300-ton hydraulic crane and an additional $12,000 in rental revenue for the damper.

Pile Driving Solutions also will be distributing Tunkers electric and hydraulic vibratory hammers. The hammers will be available in multiple varieties and suitable for use with hydraulic and crawler cranes.

â€œOur focus is to create an entire market for crane rental companies who are renting out the crane with the vibratory hammer, and they are able to protect their cranes with the damper,â€ Mooncotch said.