Pictures: Cranes to the rescue as crashed crane pulled from house. 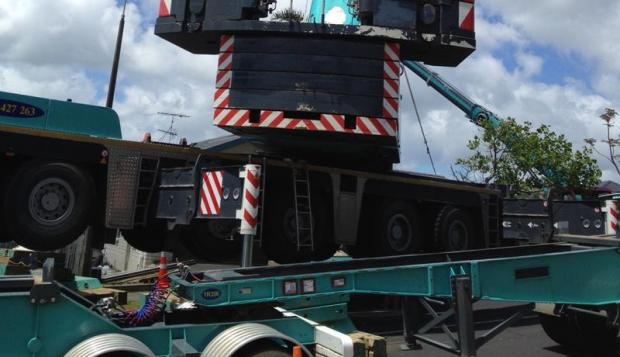 After a day-long operation, a crane that smashed into an Auckland home has finally been removed.

The crane had been trying to move a boat on Friday when it tipped over, smashing into a North Shore home, narrowly missing its occupants. 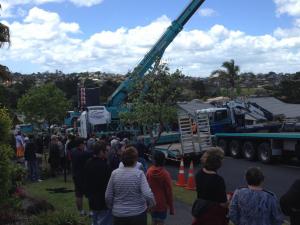 A 350 tonne crane is being used to remove another crane after it crashed into a house – Source: ONE News 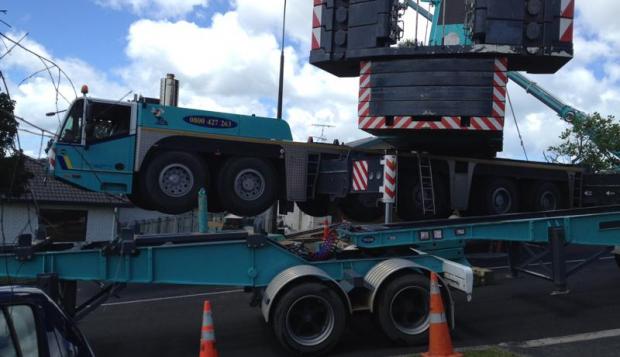 Late this afternoon, contractors used two giant cranes to right the fallen cab and pull the crane’s boom out from the house at Unsworth Heights.

The driver of the crane that crashed was taken to hospital with a minor leg injury. 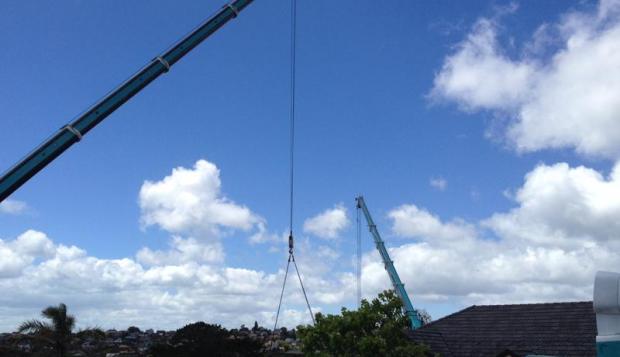 There are fears the house can’t be saved after virtually splitting in half during the incident. The owners have had to go into makeshift accommodation.

Pictures: Cranes to the rescue as crashed crane pulled from house. was last modified: December 1st, 2014 by Ron Selby