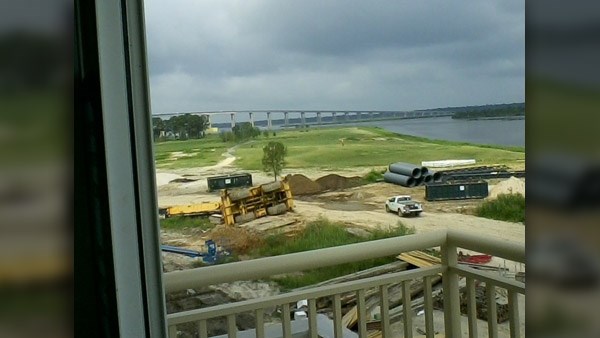 There were no injuries Monday morning after a small crane tipped over at the Golden Nugget Casino construction site in Lake Charles.

Alabama-based Yates Construction is the general contractor for the Landry’s Inc. project, which is scheduled to be completed in December.

“Early this morning, a small moveable crane tipped over while picking up a load,” said Jeff Cantwell, senior vice president of development at Landry’s Inc. “Thankfully, no one was injured.”

Kenny Bush, construction manager for Yates, confirmed that there were no injuries and the incident is under investigation.

Bush said he doesn’t know if the incident will affect the construction schedule but said he “doubts that it would.”

The massive project involves the construction of a 750-room resort and hotel for Houston-based Landry’s Inc. at a 242-acre site owned by the Port of Lake Charles.

No injuries in crane incident at Golden Nugget was last modified: July 21st, 2014 by Ron Selby