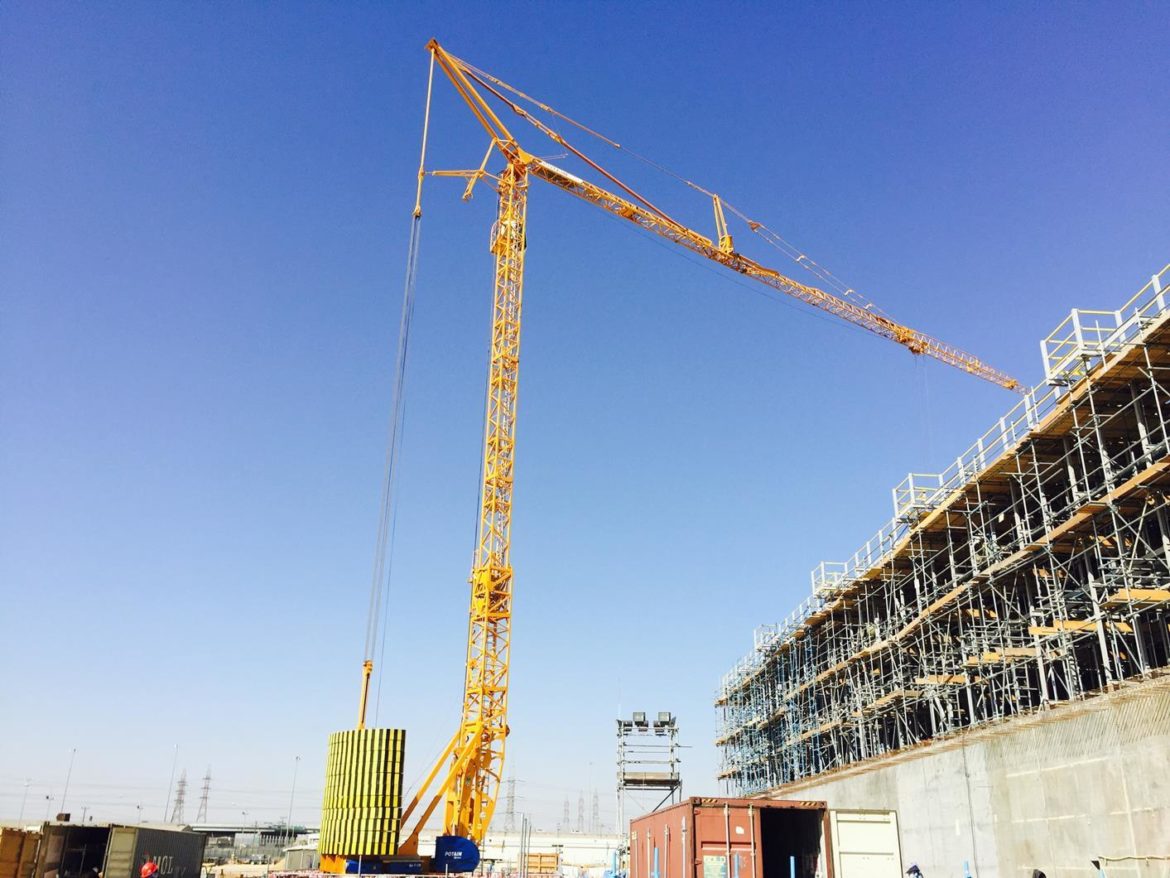 NFT, which has the world’s largest tower crane rental fleet, has won a contract to supply 26 Potain tower cranes for the construction of a new passenger terminal at Kuwait international Airport. It is a KD1.3 billion (US$4.3 billion) project using six 50 tonne capacity Potain MD 1100 towers, plus 18-off, 16 tonne capacity MD 365s and two 6 tonne MC 125s.

NFT Kuwait’s sales team of Yousef El Ghabra, Fadi Daher and Ghady El Hachem, won the contract. Ghady El Hachem commented, “The six MD 1100 cranes will lift the heaviest material on site including concrete beams and columns, while the two MC 125 units will lift the lighter loads,” he said. “The 18 MD 365 cranes are ideal for the main steel structure and will also assist with concrete handling work.”

On the roof canopy of the terminal building the cranes will help install 66,000 solar panels to generate around 10 per cent of the building’s electricity. The cranes will also help pour 1 million cubic metres of concrete and help install more than 100,000 tonnes of structural steel.

Another of the latest Kuwait orders for NFT was to supply the first Potain self erecting tower cranes in the country. Nasser Al Hajri & Partners Company, bought one of each Igo T 130 and Igo 50 self erectors, both of which were put to work lifting pipes and supporting installation of materials at the Mina Al Ahmadi and Mina Abdullah (MAB) refineries owned by Kuwait National Petroleum Company.

Another of the contracts was with local construction company Combined Group Contracting (CGC). High capacity (40 tonne) Potain MD 1100 and 25 tonne MD 550 tower cranes were supplied to lead construction on a US$164 million car park for the Kuwait Ministry of Finance at Al-Farawaniya, Al-Farwaniyah Governorate, Kuwait.

Commenting on these deals, Nabil Al Zahlwai, NFT chief executive, said the deliveries were particularly notable. “These deliveries mark the first appearance in Kuwait both of self-erecting and high-capacity MD special applications cranes,” he said. “Potain has the most comprehensive range of tower cranes in the world and these projects are a great opportunity to show the market what they can do. Our team in Kuwait, led by Yousef El Ghabra and Fadi Daher, has worked extremely hard to win these contracts, but our unique experience and expertise with tower cranes means we’re already repaying our customers’ faith by providing first-class support, even with stringent project requirements.”

High capacity cranes are needed to lift the precast concrete sections used in the car park design. Capacity is needed for loads weighing up to 20 tonnes. NFT specified four MD 1100s and two MD 550s, with jib lengths from 40 to 70 metres and working heights from 50 to 73 m.

In addition to the cranes, NFT is providing Manitowoc Crane Care support on the car park project. Included are operators, technical study and support, crane delivery and installation. Fadi Daher, NFT senior sales manager, commented on the level of support, “We have technicians installed permanently on site, so there is always someone there, no matter what time,” he said. “We also have a container of spare parts on site, so any downtime is minimised.”

The tower cranes arrived on site in May 2017 and CGC is renting them from NFT for 29 months on a ‘lease to own’ finance programme which allows them to use the cranes on further projects.