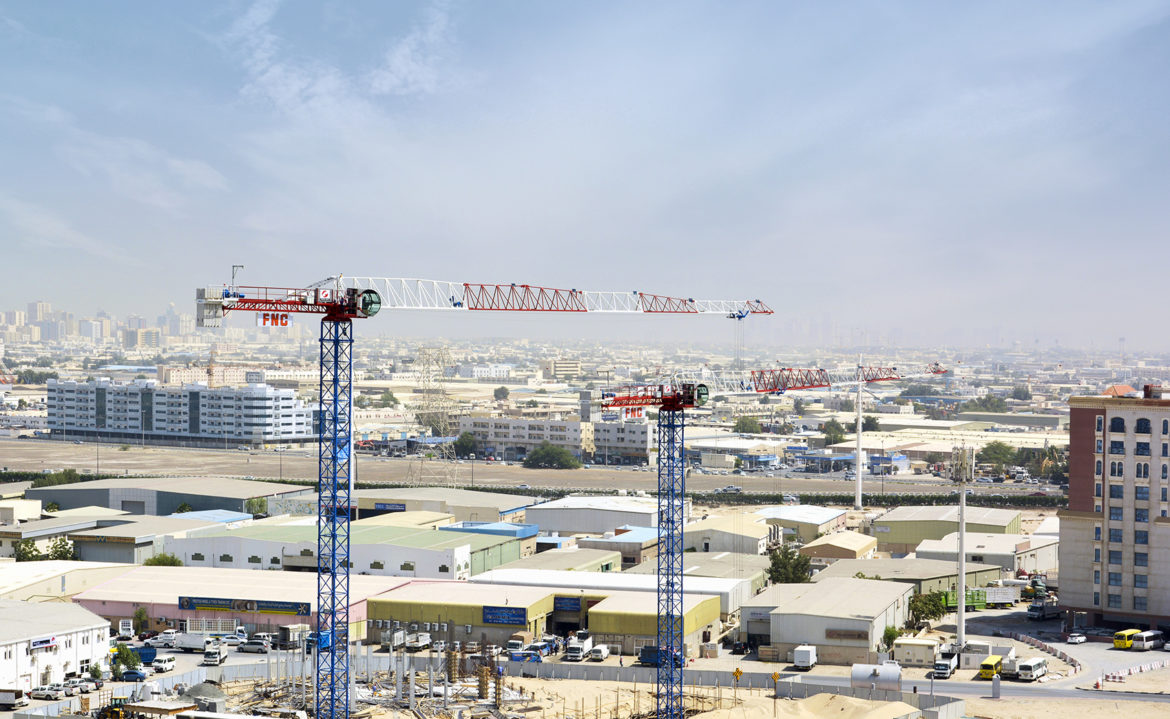 Two Raimondi MRT111 flattop tower cranes were erected on a Fujairah National Construction Company (FNC) jobsite in Dubai, UAE. The cranes, both with jib lengths of 42 meters, are currently at freestanding heights of 42 meters and 48 meters respectively.

The MRT111, one of Raimondi’s most popular models, is sought-after for its versatility in tower height while maintaining high performance measures in terms of maximum load and hoist speeds.

“The MRT111s will later be climbed to final heights of 68 meters and 77 meters, as required based on site progression,” explained Wael Hasan, Commercial Director Middle East, Raimondi Cranes. “FNC already had several Raimondi cranes as part of its in-house fleet. Due to the longevity and durability of Raimondi’s tower cranes and based on our strong relationship, when it was time to upgrade its fleet FNC naturally opted for two cranes from the Raimondi flattop range,” Hasan added. “During the initial conversations, Raimondi Middle East executed a study to best determine site requirements and optimal crane positioning.”

The MRT111s, fitted with the Raimondi Deluxe R16 Crane Cabins, are currently at work lifting materials on the jobsite, which is a development of commercial buildings under the working project name Zulekha Holding Commercial Buildings. The offload and assembly time of both cranes took place over two days and included crane erections, supervised by Raimondi’s Middle East Operations Manager.

Crane operator trainings were also executed as part of the initial agreement, while FNC’s after sales care package also includes monthly maintenance, as well as the full crane climbing procedures as required based on jobsite progression.

The news caps a strong year so far for Raimondi in the Middle East, which has seen a variety of the manufacturer’s models go up on jobsites as varied as Aldar’s Water’s Edge development on Yas Island in Abu Dhabi and Arada’s Aljada megadevelopment in Sharjah.