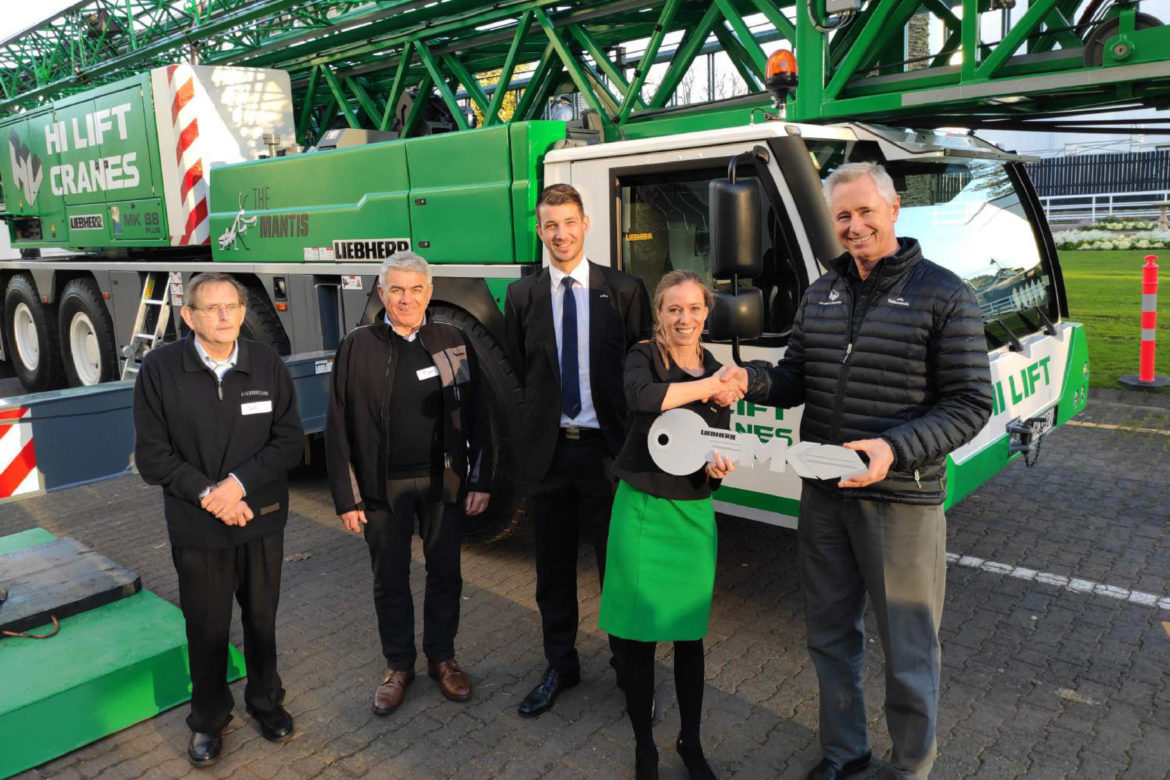 Handover of the mobile construction crane took place in late July at a celebratory occasion at the Ellerslie Event Centre in Auckland. General Manager Barrie Mabbott invited his customers there to present, together with the crane’s manufacturer, his new acquisition: the Liebherr MK 88 Plus mobile construction crane, which impresses with its eight-tonne maximum load capacity, its reach of up to 45 metres as well as its compact size.

“We have a clear vision of how the MK can change the market,” says Mabbott. The MK crane is ideal for the many tight construction sites in central Auckland, according to Mabbott. As it requires very little space, both in terms of assembly and in terms of its footprint, road closures can often be avoided. Plus the MK can be placed directly at the building in question thanks to its tower crane structure. As well as cost savings, Mabbott is looking forward to shorter and more flexible operating times as the MK is very fast and quiet when in use thanks to its electric drive, which is also especially useful at night. Two of his crane operators have already been trained and are full of enthusiasm. They are above all impressed with the one-man concept as well as the lift cab, which enables the crane operator to always have the load in view.

The New Zealand-based crane operator Hi Lift Cranes was founded in 1982, making it the oldest crane company in New Zealand. The 30-strong, family-owned company has achieved positive results with its five Liebherr mobile cranes and now wants to develop its offer further with the aid of the Liebherr MK 88 Plus mobile construction crane.