Miami Tower Cranes: Could They Have Been Saved from Damage? 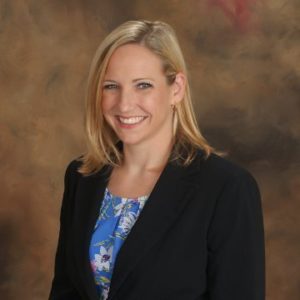 Katie Parrish is Vice President of Marketing and Content Strategy for Crane Network.

In the wake of Hurricane Irma, three Miami tower cranes were damaged on separate high-rise projects. Their damage has raised a number of questions, including whether they should have been dismantled before the massive storm.

Prior to Irma’s landfall, Miami city officials issued a warning about the danger that the 20-plus tower cranes in the city posed. The cranes, which are designed to withstand wind speeds up to 145 mph, were not expected to be able to hold up to the Category 5 hurricane winds of 157 mph or more.

Maurice Pons, deputy director of Miami’s building department, said in a statement that he would not advise staying in a building next to a construction crane during a major hurricane like Irma. “The crane’s arm has to remain loose; it is not tied down,” he said. “The arm’s counterbalance is very heavy and poses a potential danger if the crane collapses.”

I spoke with the vice president of a tower crane erection and dismantling company after this statement was issued, and he said that there are so many variables to consider when a tower crane is erected in a hurricane’s path. “It depends on the wind and the debris,” he said. “You don’t know which way the hurricane is going to go.”

Some sites under construction, like healthcare facilities, will request the top of the cranes be removed, he said, as a precautionary measure. “It’s the top of the crane where additional forces are swinging the crane around,” he said. “They will leave the vertical standing, which should be sufficient against the wind.”

By the time Hurricane Irma reached South Florida, it was downgraded to a Category 4 winds. Although winds reached a peak of 99 mph in Miami and 77 mph in Fort Lauderdale, both cities have damaged tower cranes. One possible scenario brought up by contractors is that a micro-burst or funnel cloud caused the damage, not the actual hurricane.

“I’ve taken FAA classes and meteorology classes, and it is a known fact that in a huge hurricane [like Irma], there are small tornadoes and funnel clouds that would have wind gusts stronger than the storm,” one tower crane operator said.

Terry McGettigan, tower crane support expert, said in a report on Tower Crane Weather Preparedness that tower cranes collapsing during extreme weather, is not a rare occurrence. “Worldwide, about 15% (20-plus per year) of tower crane collapses are linked to Mother Nature,” he wrote. In the report, he looks at the weathervane principle and offers proactive steps for crane owners and operators.

Other tower crane operators, experts, and insurers have weighed in on the Miami tower crane damage and whether anything could’ve been done to save them. Here are some of their responses:

Commentary: A Change in Seasons for the Crane Industry and Equipment Rental