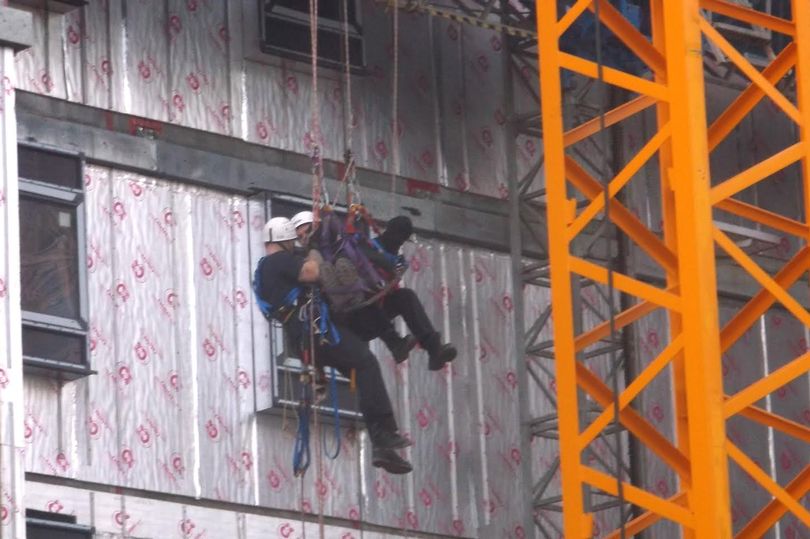 A crane operator who became unwell with a suspected heart attack while 92 feet in the air was helped by his quick-thinking co-workers before emergency services arrived on the scene.

Workers from Metnor Construction leapt into action when the man began suffering severe chest pains and had difficulty breathing while at the top of the crane at Portland Student Accommodation, Shieldfield, Newcastle on Wednesday December 7.

Ian Hennebelle, a general operative for the Killingworth-based company, was told by the crane driver over radio that he was feeling unwell and immediately instructed his colleagues to call 999.

First aider Ian quickly climbed the crane while project manager Peter Bouchard and General Operative Mark Johnson began to create a clear entryway for emergency services who were on route. 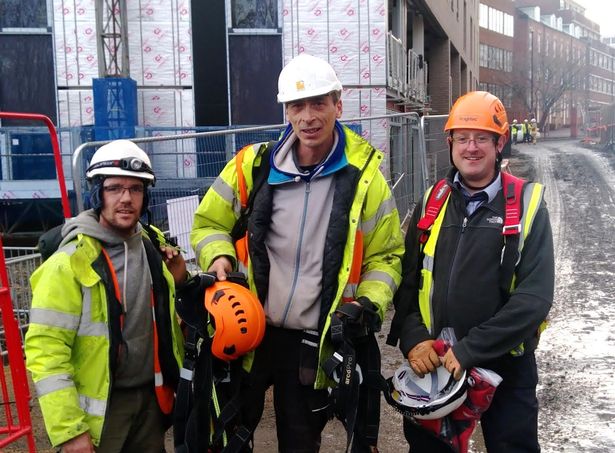 Paramedics from the North East Ambulance Service hazardous area response teams and a specialist rope rescue team from the Tyne and Wear Fire and Rescue Service were deployed to lower the man down from the crane on a stretcher while battling with 20mph winds.

The crane operator’s symptoms began to ease and he was even able to walk to the ambulance after being helped down.

He was taken to the Royal Victoria Infirmary to be checked over but is now doing well. 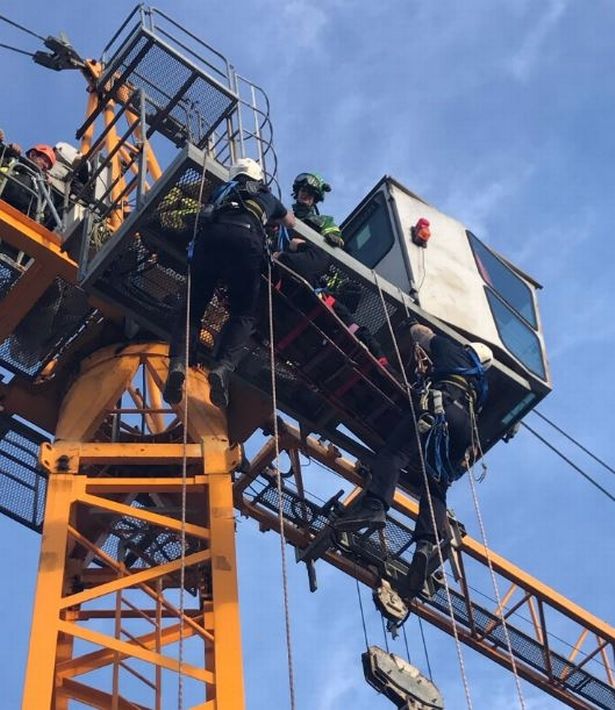 Worker rescued from top of crane after becoming unwell

“Ian immediately contacted project manager Peter and his colleague Mark, to inform them of the situation and asked them to contact 999.

“Ian (first aid trained) immediately climbed the crane whilst the other two staff members set in motion, calmly gathering the climbing equipment and contacting all site personnel necessary, to stop site traffic and deliveries and to create a clear and safe environment and access points for the emergency services.

“The Gateman played a key part to ensure the site entrance was kept clear enabling emergency services onto the scene.

“Mel Clark (project manager) was informed to manage the ground whilst Peter and Mark made their way to the top of the crane, to manage the rescue equipment and look after the crane driver.

“Ian Hennebelle did a fantastic job, he stayed in the cab talking to the driver with the door open, reassuring him that help was on its way and relaying information back to Peter and Mark, as to his condition. 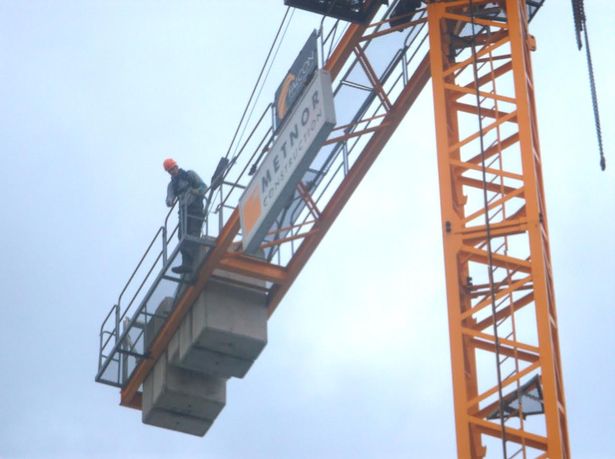 “Following instructions from the driver both Peter and Mark secured the rotating jib on the crane to allow a safe rescue.

“By 11.30am two paramedics in a harness joined the team with ECG and defibrillator equipment. At 11.34am the fire brigade and height and rescue team arrived to manage the situation and sent up a stretcher to complete the exercise.

“All four members of staff have been on ‘tower crane rescue training’ and our sites are fully equipped for an emergency of this kind.

“We are so proud of our project team who managed the situation perfectly.

“The emergency services commented on how they had performed ‘amazingly’. Keeping calm and following procedure, allowed for a safe and prompt rescue.

“We wish the operator all the best with his recovery.”

Meet the heroes who saved their colleague from crane 92ft in the air after suspected heart attack was last modified: December 12th, 2016 by Ron Selby