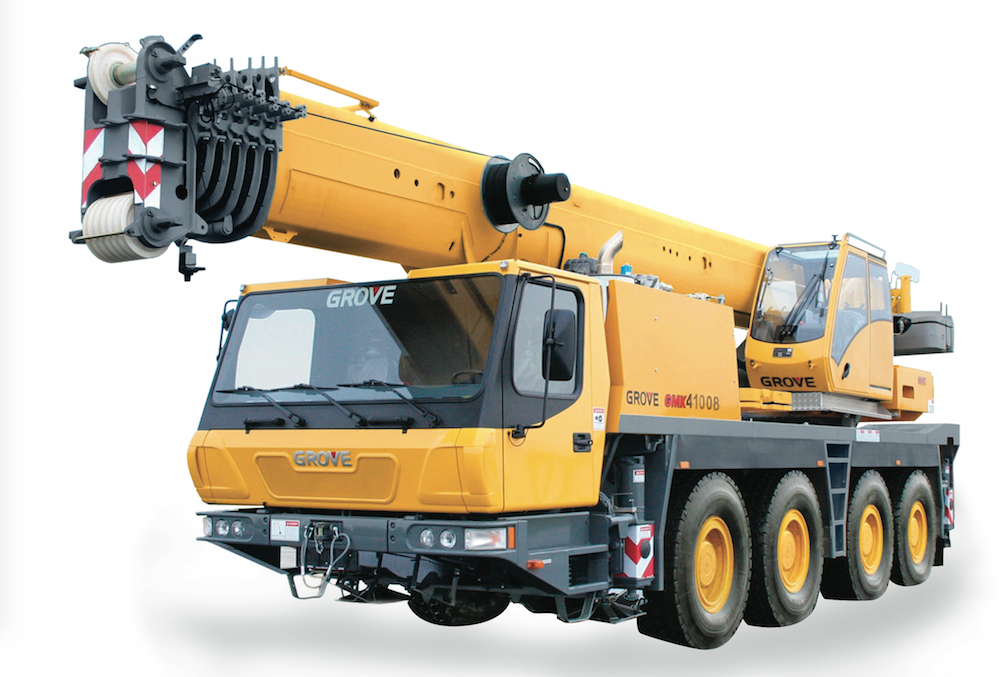 The U.S. Army has awarded Manitowoc Cranes a five-year, $192 million for all-terrain cranes. Manitowoc will provide the Army withÂ 60-ton Grove GMK4100B cranes customized to battlefield specifications. In addition to shedding its usual yellow coat of paint for â€œArmy colors,â€ Manitowoc says the cranes will have the capability to be fitted with armor. Additional customizations requested by the Army include a crew protection system, theÂ ability to ford up to four feet of water and the ability to operate pile driver, clamshell, concrete bucket and concrete barrier lifting attachments. The cranes feature a 108-foot boom, an 8x6x8 drive system with two-step transfer case and areÂ powered by a 390-horsepower Mercedes engine. â€œThese cranes will be especially transportable, reflecting the nimble maneuverability of the U.S. military,â€ said Darryl Mellott, director of government marketing atÂ Manitowoc. â€œWe are honored to be able to support our soldiers in achieving their missions anywhere in the world.â€ Manitowoc says the cranes will primarily be operated by the Engineer Brigades division. The company has been working on securing the contract for more than four years and it includesÂ a two-year option at its completion that could ramp upÂ the total to $258 million. Part of the deal is the design of a training simulator for the cranes which Manitowoc will handle. The company will also draft technical manuals for soldiers which will include service, operation and maintenance procedures. The company will alsoÂ provide field representatives that can offer field-level support at any time, anywhere in the world through its Crane Care service. The custom GMK4100Bs will be built at Manitowocâ€™s Shady Grove, Pennsylvania, plant, with the first deliveries taking place between the next 12 and 24 months.

The Grove GMK4100B will soon shed itâ€™s yellow coat of paint for fatigues.