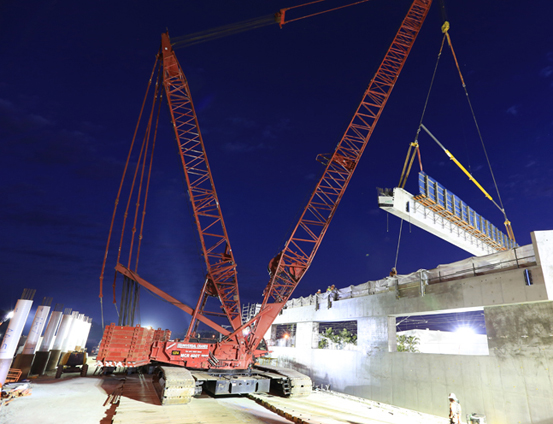 The company used Manitowocâ€™s largest all-terrain crane, a GMK7450 for the first job and selected two ManitowocÂ crawler cranesÂ â€“ a 16000 and a 12000 – for the second.

Key to the speed of the two projects was the cranesâ€™ quick set-up and precise load control, as well as Universal Cranesâ€™s specially-designed lattice spreader, as Nick Morris, engineering and sales manager at Universal Cranes, explains:Â â€œManitowoc designs all its cranes to be quick and easy to set up, and their smooth movement makes them ideal for picking almost any load. Add to that our unique spreader and we can be very efficient on almost any job site, keeping time and cost to a minimum for our customers.â€

The GMK7450 was transported to the job site from its base in Brisbane, 450km away. The crane unloaded each of the 22 beams from Universal Cranes own Heavy Haulage Transport Fleet and then installed them.

The Bruce Highway Bridge is part of the AUD150mn ($135mn) Calliope Crossroads project, which will see main contractor Golding Contractors upgrade a large portion of the regionâ€™s road transport network.

On its other bridge project, Universal relied on two Manitowoc crawler cranes, a 400t capacity 16000 and a 100t capacity 12000, to build the Robinson Road over-pass in central Brisbane.

The Manitowoc 16000 erected 18 precast concrete beams, measuring 34m long and weighing 58t, in 24 hours, minimizing outage on the rail line. The 12000 was used to rig the 16000 once on site, and provided general support.

Universal Cranes used specially-designed rigging systems on each project. For the GMK7450 a purpose-built lattice spreader was used to lift the large loads with sling angles as low as five degrees against the beam inserts, reducing stress on each insert while perfectly balancing the load. The unique set up also reduced rigging time as the crew could quickly and easily sling the beam.

A lightweight spacer beam system was used with the Manitowoc 16000 crawler crane, which enabled the crew from Universal Cranes to perform rigging separation quickly.

Founded in 1993, Universal Cranes is one of the largest privately owned crane hire companies in Australia. Its fleet includes mobile, crawler and tower cranes with capacities from 7t to 600t. The company operates six branches located across the country. 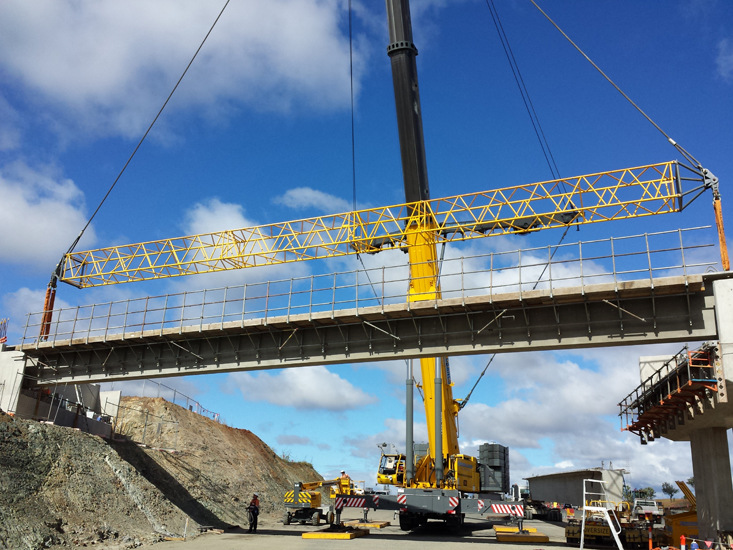 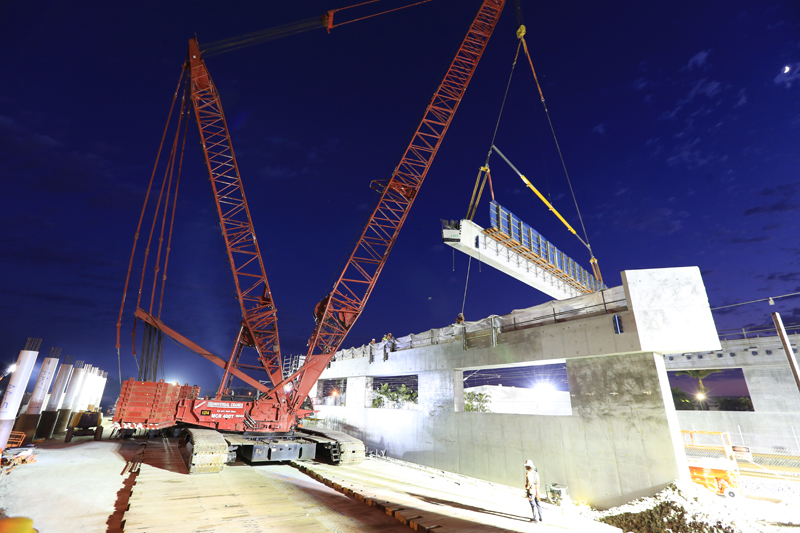 Developing…Panel falls from crane, lands on man’s leg near Toronto