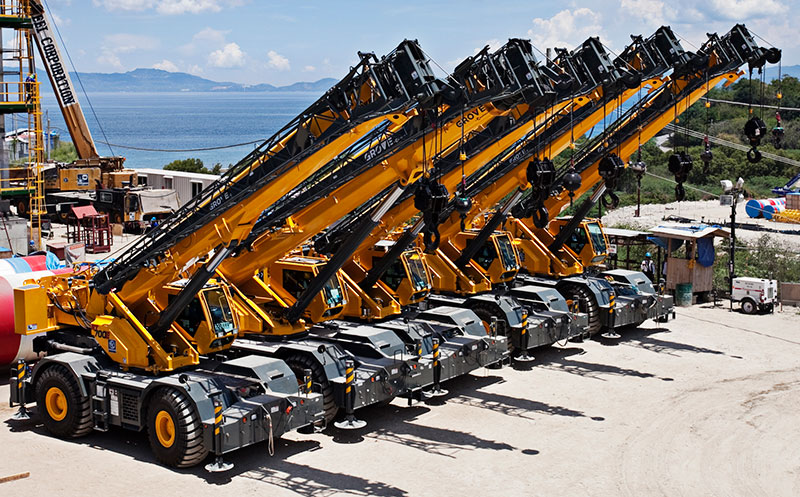 , are facing layoffs, a spokesperson confirmed.

Fewer than 100 employees are affected by the layoffs at the company’s Shady Grove crane plant,Â according to Brian Smith, the plant’s director

of human resources. The job cuts are indefinite, he said.

Smith would not offer a specific number of employees

who would be laid off.

is facing in the markets it serves, according to Smith.

“We do not anticipate any other negative adjustments at this time,” he said.

Mike Ross, president of the Franklin County Area Development Corporation, said the layoffs areÂ “due in part to the cyclical nature of the business and softened demand in the marketplace.”

It is expected that the company’s employment will recover as the economy does, Ross said.

Manitex Still Hopes To Grow Past The Crane Wreck