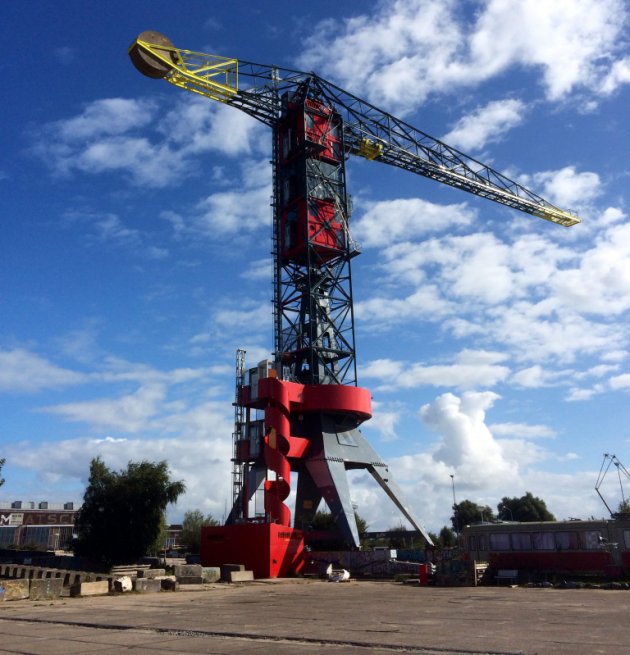 Some guests really aren’t afraid of getting high in The Netherlands’ capital city.

But though many flock to Amsterdam for its coffee shops, thrill seekers can try a different height as a fun new hotel initiative has popped up offering incredible vies of the city – in a converted crane.

This beast of a crane in Amsterdam boasts three luxury hotel suites, a spa pool and a TV broadcasting studio all within one of the world’s oldest and tallest mechanical structures.

The 50-metre maritime crane, one of the world’s oldest and highest, was doomed for decay after being branded “impossible” to develop. 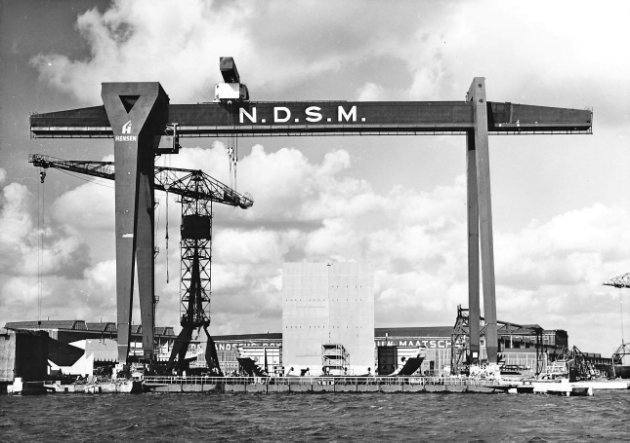 The crane as it used to look (SWN)

But just three years later, the crane is hosting elite guests for its swanky rotating suites decked out by a top team of interior designers and its panoramic-view pool.

The 250-ton crane, rising from the ground at the hip NDSM site on the River Ij’s banks, was saved despite the creation of the hotel being dismissed as “technically impossible”, according to its spokesman Edwin Kornmann Rudi.

Mr Rudi said: But after years of preparation there was a point of no return. “Nowhere else in the world is there something as unique, as big and high as this hotel.

“This has put an end to the fight against the decline of the historic harbour crane.” 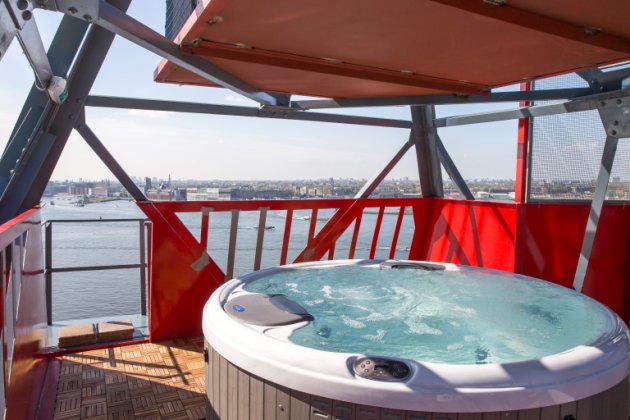 The hot tub at The hotel Faralda (SWN)

The Grand Dame has finally reached her destination as the most extravagant Crane Hotel in the world.

It is also the most talked about wedding location in the Netherlands. Weâ€™ve had people getting married in the studio, sleeping in one of the three suites and having their wedding night start in the hot tub at the top of the crane.

Alongside deluxe dining and sumptuous suites, the steel colossus also boasts a private business club where internationally oriented companies and stakeholders use the crane for all sorts of sessions 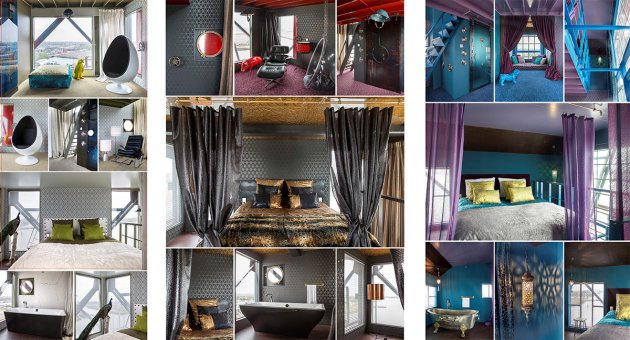 Gorgeous rooms inside the crane (SWN)

The suites are the most expensive in the Netherlands after developers splurged â‚¬660,000 building each room – setting customers back by â‚¬340 each.

The engineering marvel was constructed by hundreds of companies and manufacturers in the Dutch city making a joint effort to turn scrap metal into Savoy-style suites. 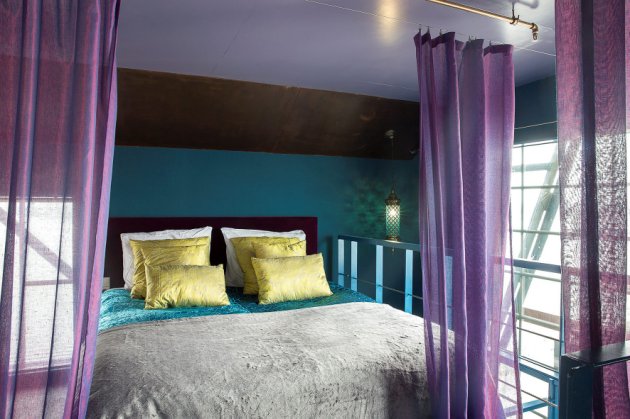 Architects say the crane still moves in the wind and is fitted with a thrust bearing made of gold – which allows the suites to rotate.

New foundations were built to withstand the weight of the beast-like structure after the quay of the old wharf was not strong enough.