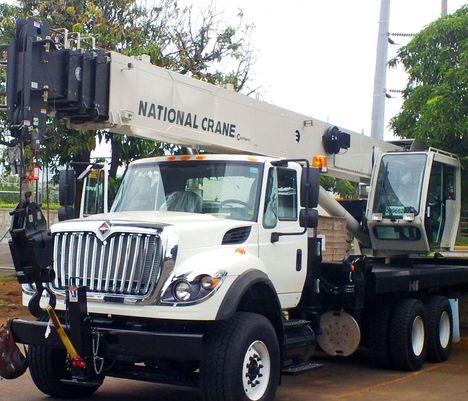 The company already handles Grove cranes, and will now be responsible for the sale and support of Potain tower cranes and National Crane boom trucks, throughout Nicaragua. To kick off the partnership, the company has taken delivery of a 36.3 tonne National Crane NBT40 boom truck, with a 20.9 tonne 800D and 27.2 tonne NBT30H boom truck scheduled for delivery next month.

With two depots in Managua and a third in Chinandega, NIMAC is the distributor for a range of manufacturers including Soilmec, Caterpillar and Wacker Neuson. It also operates a Rental store which includes Genie aerial lifts and Cat telehandlers.

Nicaragua has recently begun work on a 173 mile waterway connecting the Atlantic and the Pacific oceans. The Nicaragua Grand Canal is projected to cost $50 billion, and when finished will handle the largest cargo ships in operation today, some of which can reach up to 400 metres in length.

Pedro JimÃ©nez, manager of the automotive division at NIMAC, said: â€œNicaragua is gearing up to accommodate much greater investments in infrastructure throughout the country over the next decade. Potainâ€™s and National Craneâ€™s leading product lines will help our country achieve its goals in several industries, such as energy and manufacturing.â€

Alberto Camarillo, Manitowocâ€™s regional business manager for National Crane in Central America, added: â€œWith the new canal we expect Nicaragua to achieve a remarkable growth projection for many years to come. Manitowoc will be part of this important infrastructure initiative.â€