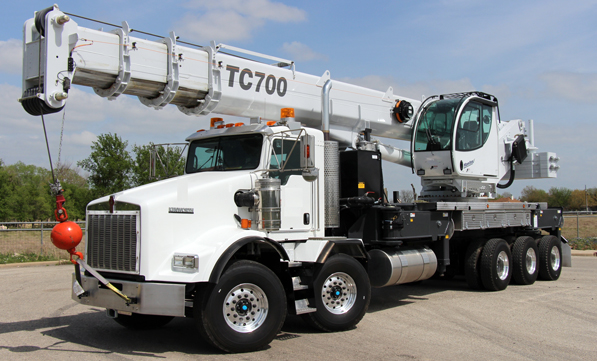 Net revenue rose 9% year over year to a record $68 million. Revenues fell short of the Zacks Consensus Estimate of $72 million. The quarterâ€™s revenues would have exceeded $70 million had it not been for a number of government ordered units that were shipped internationally at the quarter-end but were still in transit and thus not recognized as revenues. Revenues included the benefit of $6.4 million from the Sabre and Valla acquisitions made subsequent to the prior-year quarter.
Crane revenues were flat year over year and reflected a higher percentage of lower capacity models from an improved general construction environment. Material handling revenues were down year over year due to reduced commercial product sales as well as because of the inâ€“transit shipments. Container handling revenues at the European CVS operation were up 38% year over year benefitting from increased demand from both European and international markets.
See More Details
Gross profit improved 7% to $13.1 million from $12.3 million in the prior-year quarter. Gross margin contracted 40 basis points (bps) to 19.2% in the quarter. Selling, general and administrative expenses (SG&A) increased 5% year over year to $7.4 million. Operating income was $5.2 million, compared with $4.6 million in the prior-year quarter. Operating margin expanded 20 bps year over year to 7.6%.
EBITDA was a record $6.3 million, up 14.2% from $5.5 million in the year-ago quarter. EBITDA margin was 9.2% in the reported quarter compared with 8.8% in the prior-year quarter.
FinancialÂ Update
As of Jun 30, 2014, Manitexâ€™s cash and cash equivalents were $3.2 million versus $6.1 million as of Dec 31, 2013. Cash used for operating activities came in at $8 million in the first half of fiscal 2014 compared with $2 million in the year-ago comparable period.
Total debt was at $59.8 million as of Jun 30, 2014, up from $54.2 million as of Dec 31, 2013. Debt to capitalization ratio was at 39.8% as of Jun 30, 2014 compared with 39% as of Dec 31, 2013.
Total backlog grew 33% to $102.5 million as of Jun 30, 2014 from $77.3 million as of Dec 31, 2013 led by strong demand, consistent order levels, and increased shipments.
Manitex has announced an agreement to acquire, PM Group S.P.A., a leading Italian manufacturer of truck mounted hydraulic knuckle boom cranes, subject to Italian court approval. PM Group has a trailing twelve months (TTM) revenues through Jun 2014 of approximately $106 million.
Manitex also announced that its Manitex Liftking operation has been awarded its third military contract for specialized military specification equipment from the US Navy. This will generate approximate revenues of between $30â€”$45 million over the next five years. With this, the total value of contracts secured by Manitex in the past fourteen months for deliveries in the next five years is now in the range of $75â€”$125 million.
Outlook
Manitex remains committed to increasing its innovative product offering. The pending acquisition of the PM Group S.p.A. and the third consecutive multi-million dollar military contract award will add to its growth prospects. In the second quarter, the company witnessed increase in its backlog with particular strength in orders for its CVS container handling product. This bodes well for future performance.
Bridgeview, IL-based Manitex International is a leading provider of engineered lifting solutions including boom truck and rough terrain cranes, rough terrain forklifts, special mission oriented vehicles, container handling equipment and specialized trailers.
Manitex currently carries a Zacks Rank #5 (Strong Sell). Some better-ranked players in the same industry include Blount International Inc. (BLTÂ -Â Snapshot Report), DXP Enterprises, Inc. (DXPEÂ -Â Snapshot Report) and IDEX Corporation (IEXÂ -Â Analyst Report). While Blount International sports a Zacks Rank #1 (Strong Buy), DXP Enterprises and IDEX carry a Zacks Rank #2 (Buy).
Manitex Lags on Q2 Earnings, Shares Fall on Flat Y/Y Results was last modified: August 9th, 2014 by Ron Selby