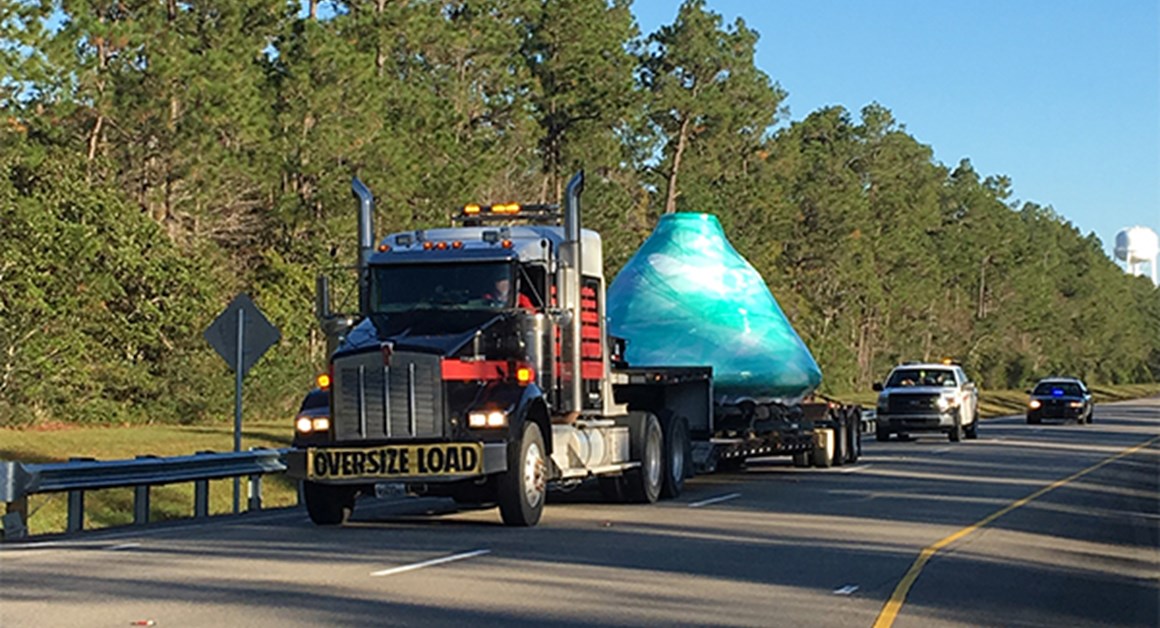 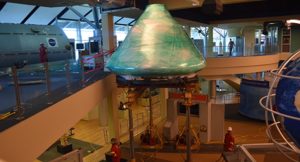 Apollo 4 control module being lifted to the second floor of the science center.

The Apollo 4 capsule was crucial to the success of the nearly 50-year-old Apollo space missions. The 10.5-foot-tall command module made the first unmanned, “all-up” test flight of the Saturn V rocket. The nine-hour flight demonstrated the S-IVB third-stage restart and tested the heat shield upon reentry.

Mammoet recently transported the capsule from the NASA Stennis Space Center in Pearlington, Miss., to the nearby Infinity Science Center, where it will be on public display for the first time in five years.

Before moving the historic piece, Mammoet put together a detailed plan to get the Apollo 4 capsule from the first floor of the Space Center six miles away to the second floor of the Science Center. Early in the engineering phase, several challenges were identified, including floor loading on a hollow platform, tight clearances, and working around obstructions that could not be removed, such as HVAC ducts.

On the day of execution, the module was lifted from its location in the Space Center with a forklift, transported over the road by a trailer to the Infinity Science Center, where it was set on castors and rolled into the building. Mammoet proceeded to set up a skid track on top of a mobile gantry system and placed the module on the system with a forklift. The alignment of the gantry, skid track, and lifting orientation with the forklift were all critical in avoiding the HVAC ducts. The gantry was then walked 50 feet to the second floor overhang to skid the capsule into position. With fractions of an inch of clearance around the ducts, the team worked efficiently to skid the capsule off of the gantry and put it in place.