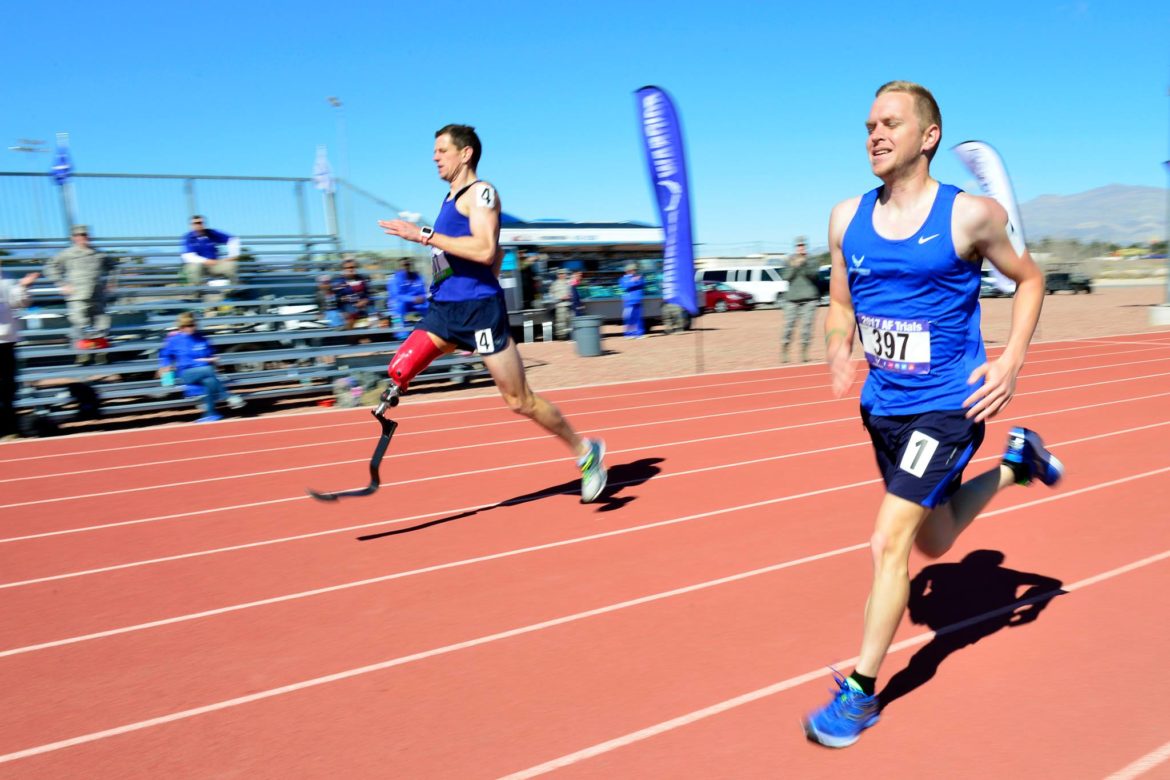 Ryan Shannon, the defending champion of the Department of Defense’s Warrior Games, thought his life was over after suffering a brain injury, Post-Traumatic Stress Disorder, partial paralysis of his left foot, and a chronic pain condition in his leg. The former Navy petty officer risked his life to extinguish a fire while on the USS Pasadena submarine, which forced him to medically retire from the service in 2016.

After the fire, Shannon had no real ability to run that wasn’t hampered by his injuries, and even the motivation to live his life was constantly interrupted by intermittent periods of dark depression brought on by PTSD. He found new purpose with the Warrior Games.

“I was on a downward slope,” Shannon said. “But I taught myself to run. I started slow, walking every day, and then I started jogging until eventually, I hit the track. Then I joined the Navy’s Safe Harbor Adaptive Sports and Recreation Program, and I’ve been running ever since. It helped me bring myself out of a dark place. It gave me something to train for and a goal to work toward.”

Funded by the Department of Defense, the Warrior Games were created in 2010 to enhance the recovery and rehabilitation of wounded warriors through spirited, friendly sport competitions. The competition is represented by all branches of the U.S. military including the Army, Marine Corps, Navy, Air Force, Coast Guard, and U.S. Special Operations Command, as well as the U.K. Armed Forces and Australian Defence Force.

The games seek to provide wounded or injured service members and veterans the chance to grow physically and spiritually and to gain newfound confidence from the camaraderie gained through competition. It can help a wounded soldier rejuvenate the spark within their life or it can offer heroes like Ryan Shannon a second chance.

In addition to the DOD, the event can be sponsored by private organizations. This year, Lifting Gear Hire will be sponsoring the games to help support the service members and veterans. “Upon learning that we could assist the Department of Defense with the Warrior Games, LGH was excited to give back to those like Ryan Shannon who have already given so much to all of us,” Patrick Clark, rental support manager of Lifting Gear Hire, said. “The message of the games is so impactful. It comprises hundreds of personal journeys of courage and bravery through change, perseverance, and victory.”

Approximately 265 wounded, ill, and injured service members and veterans will compete in the 2017 Warrior Games and for the first time ever, the competition will be held in Chicago on June 30 to July 8. This will mark the first occurrence in which the Paralympic-style competition will be held entirely outside a military installation or a U.S. Olympic committee facility.